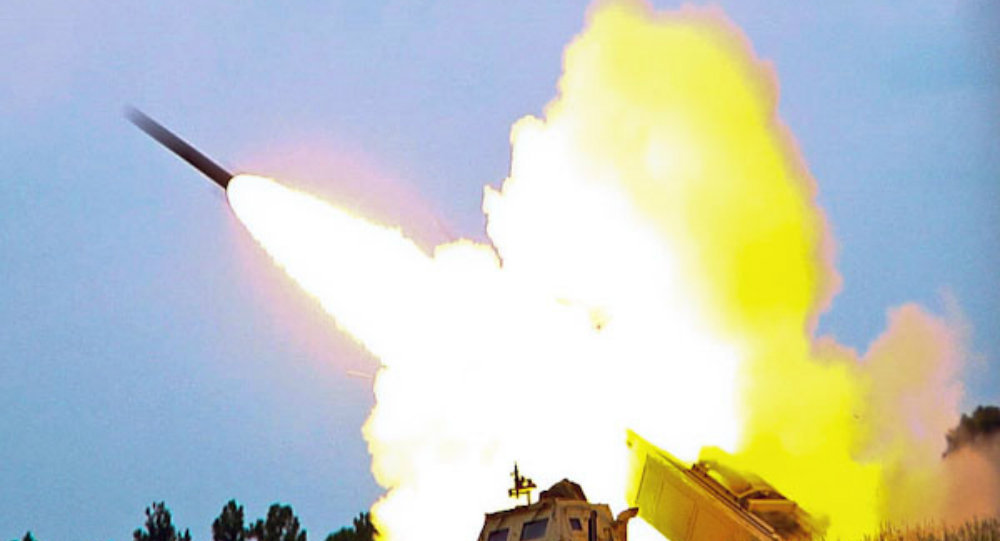 The US Army moved one step closer to the finish line of its Precision Strike Missile (PrSM) program on Tuesday after officials were able to successfully test-fire a prototype missile developed by aerospace and defense company Lockheed Martin.

Defense News reported that the prototype projectile traveled a distance of roughly 150 miles after being deployed from a US Army High Mobility Artillery Rocket System (HIMARS) launcher. The missile later detonated in a predetermined portion of the New Mexico desert at the White Sands Missile Range.

“Today’s success validates all of the hard work our PrSM team has put into the design and development of this missile,” reads a statement from Gaylia Campbell, vice president of Lockheed’s precision fires and combat maneuver systems.

“This test flight is the most recent success in a long line of product component and sub-component testing successes conducted as part of our proven development discipline to assure total mission success for our US Army customer.”

“We are building reliability into our PrSM at every level. We are confident that our years of demonstrated experience in delivering unmatched precision fires capabilities for our US Army customer and our commitment to ensuring affordability will result in the best PrSM option,” Campbell added.

According to the defense company, the test flight was meant to assess the missile’s interoperability with a HIMARS launcher, as well as its range, accuracy and ability to maintain trajectory.

Although the test proved to be a success for the program, it was also a win for the US Army in terms of the service’s new accelerated approach to developing and testing weaponry.

Breaking Defense reported that rather than officials testing every part of the missile independently, the new approach has engineers putting together the entire projectile and testing it as a whole. “This was soup to nuts, pretty much the final design,” Brig. Gen. John Rafferty told the outlet.

“The performance that we were able to see was nearly exactly what was predicted [by the computer models],” he continued. “This was probably a new precedent for how we develop these systems and test them … how aggressive this whole program has been.”

Campbell later explained to Breaking Defense that traditionally, an egress test would be conducted first to determine whether the missile would be able to exit the launcher, followed by an additional trial to see if the projectile could travel to the desired location. The final test would involve the missile’s detonation.

The positive results come as the US Army is also working with defense contractor Raytheon to deliver a PrSM. Although Raytheon was scheduled to test its prototype ahead of Lockheed, the Massachusetts-headquartered company was forced to push back its test date due to a technical issue with a subcontractor, according to Defense News.

Both defense companies will carry out several more tests before the US Army selects the contract winner. The chosen PrSM will eventually replace the Army Tactical Missile System, an all-weather, inertially-guided missile that entered into use in the early 1990s.