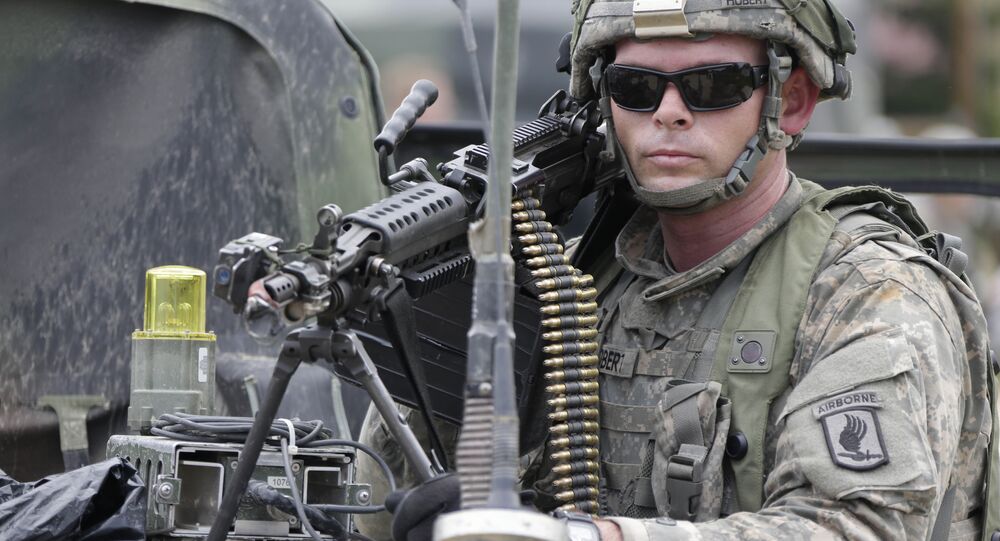 Last week, US President Donald Trump warned that Washington will slap trade sanctions on its European allies if they're "delinquent" in their defence spending commitments to NATO.

Next year, the US military plans to conduct its largest drills on European territory since the Cold War, Major-General Barre Seguin, Deputy Chief of Staff for Strategic Employment, Supreme Headquarters Allied Powers Europe, was cited by Reuters as saying Wednesday.

Seguin said that during the exercises slated for April and May, about 20,000 US troops will be send to Europe and that “we have not demonstrated this ability to rapidly reinforce, from a transatlantic perspective […] for 25 years or so”.

He insisted that holding such drills “really demonstrates transatlantic unity and the US commitment to NATO”.

Part of the war games will be the US Army assessing its capability to transport its soldiers overseas to Belgium and the Netherlands as well as to NATO’s eastern flank through Germany and Poland, according to Seguin.

He likened the drills to the “Return of Forces to Germany”, or “REFORGER” manoeuvres held in the 1980s. A total of 37,000 soldiers are due to take part in the upcoming war games, during which the US servicemen will join American forces stationed across Europe and militaries from 18 NATO allies before returning home.

“We’re going into an era of strategic competition in peacetime. The alliance has reorientated,” he said without elaborating.

The statement comes after US President Donald Trump said during a NATO summit in London last week that Washington will impose trade blocks on its European allies if they fail to fulfil their  commitments to military defence spending.

“If something happens, we're supposed to protect them? It's not really fair. If they don't want to, I'll have to do something with respect to trade. With trade, I have all the cards,” he pointed out.

Separately, Trump lambasted Emmanuel Macron’s “very nasty” words about NATO during his interview with The Economist last month, when the French President claimed that the alliance was "brain dead" and questioned NATO’s ability to guarantee its collective defence.

This comes amid NATO’s plans to increase its presence in Poland and the Baltic states, including Estonia, Latvia and Lithuania, to contain the so-called “Russian threat”.

NATO has been significantly increasing its presence in Eastern Europe since the breakout of the conflict in Ukraine in 2014, using Crimea's reunification with Russia and alleged Russian interference in Ukrainian internal affairs as a pretext.

Moscow has repeatedly expressed protest against the NATO military buildup, saying that this move will undermine regional stability and result in a new arms race.