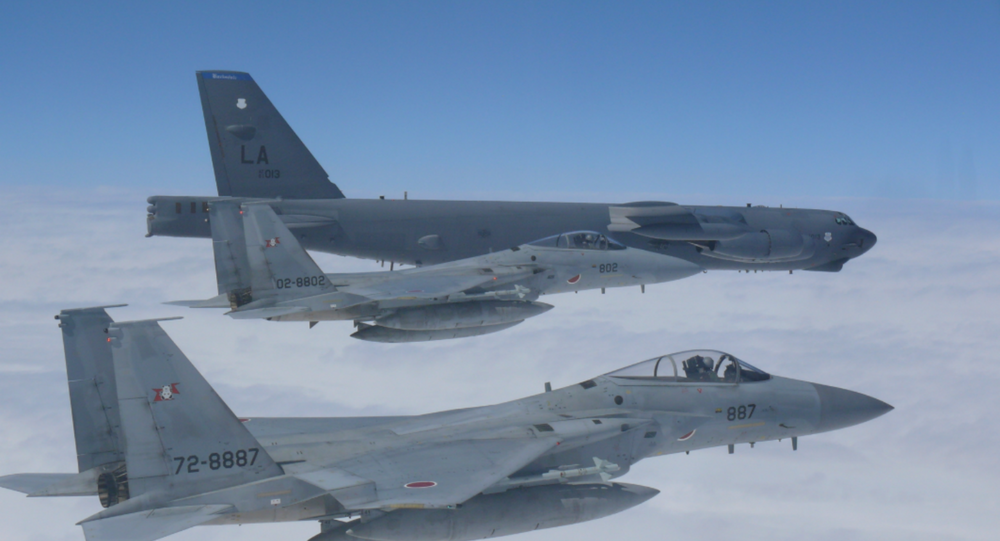 At least two B-52 Stratofortress strategic bombers believed to have taken off from the US’ Andersen Air Force Base in Guam flew over parts of the East China Sea Thursday, according to Taiwanese newspapers.

The B-52 Stratofortress is an American strategic bomber designed and built by Boeing and operated by the US Air Force since the 1950s.

According to reports, the bombers passed the Miyako Strait, a waterway between Japan’s Miyako Island and Okinawa Island, before flying over parts of the East China Sea near Taiwan’s coastal waters and areas claimed by China. The B-52s activated their automatic dependent surveillance broadcast systems to make their presence and flight route known, Asia Times reported, citing Taiwanese news outlets.

However, despite the reports, Taiwan’s Defense Ministry has not provided any confirmation of whether the US warplanes flew over parts of the East China Sea.

In March, two B-52H Stratofortress bombers flew over the East China Sea for an "integration training" mission by the US Navy and the Japan Air Self Defense Force. One month later, two B-52s reportedly flew around within 250 kilometers of the coastline of Guangdong, a province of southeast China, and circled above the Pratas Islands controlled by Taiwan before heading back to Guam.

According to reports, the US Air Force has been deploying its B-52 bombers to the East and South China Seas on a rotational basis since January 2018.

China, Japan and South Korea are not in agreement over their exclusive economic zones - which grant countries rights to use marine resources - in the East China Sea.