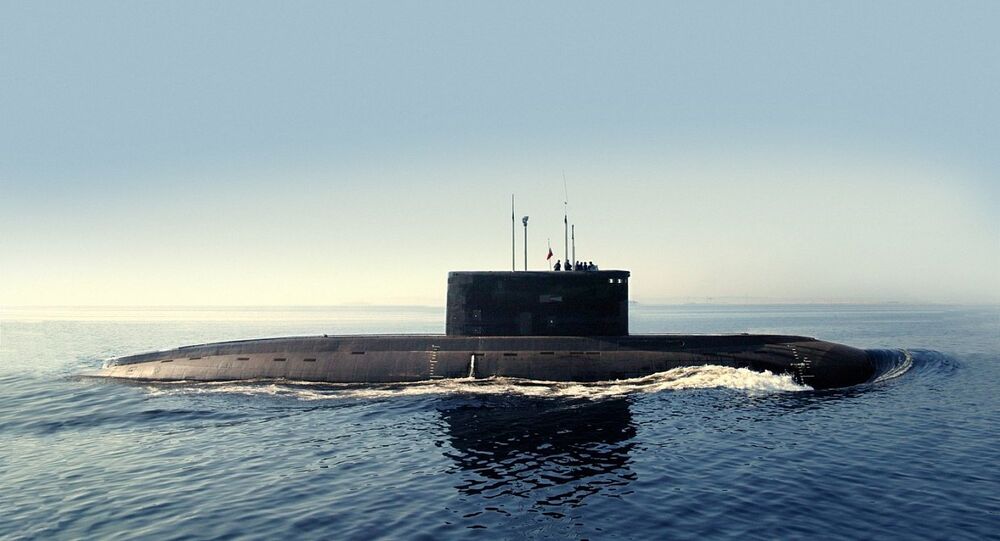 VLADIVOSTOK (Sputnik) - The Petropavlovsk-Kamchatsky, a Varshavyanka-class (Project 636.3) diesel-electric attack submarine, will be commissioned in 2020, the commander of the Russian Pacific Fleet, Adm. Sergei Avakyants, said.

"The construction of six large diesel submarines of Project 636.3 with Kalibr-PL cruise missiles continues. The first such submarine, the Petropavlovsk-Kamchatsky, will arrive at the duty station in 2020. The second submarine, the Volkhov, will be floated in December. The third and fourth submarines of this series are laid at the Admiralty Shipyards", Avakyants said in an interview with Russian Defence Ministry's Krasnaya Zvezda newspaper.

The admiral said that the Pacific Fleet had planned to form more than 10 crews of new surface combat ships, submarines and auxiliary fleet ships this year, and these plans were being successfully implemented.

"The selection of personnel for the service on the newest Project 12700 minesweeper Yakov Balyaev is nearing completion. It is also planned to form several crews of diesel and nuclear submarines. Only contract soldiers will serve on these ships", Avakyants added.

The Varshavyanka class is an improved version of Kilo-class submarines that features elements of advanced stealth technology, an extended combat range and the ability to strike land, surface and underwater targets. A total of six Varshavyanka-class submarines have already been built for the Russian Black Sea Fleet.

The submarines, which can carry crews of up to 52 people, have a maximum submerged speed of 20 knots (23 miles per hour), a cruising range of 400 miles (electric propulsion), and an endurance of 45 days. The vessels are armed with 18 torpedoes and eight surface-to-air missiles.