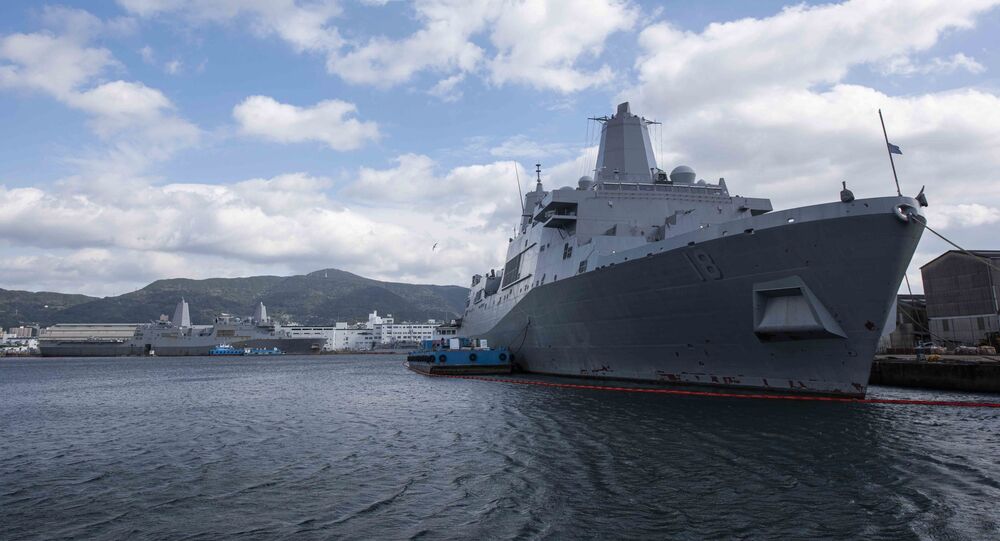 Both the US Navy and federal authorities from the US are now investigating allegations that a Japanese contractor has been falsifying records and dumping untreated wastewater from American warships into Japanese ports for over a decade.

Citing Navy officials, the Wall Street Journal reported Sunday that the Justice Department and Federal Bureau of Investigation have joined the military service in probing Navy staff and Kanto Kosan Co. - a Japanese wastewater treatment company that services US Navy ships at ports in Kanagawa, Sasebo and Nagasaki prefectures.

The contractor stands accused of pumping wastewater from American warships into harbors for the past decade. Federal authorities are also looking into whether the alleged actions were covered up by Kanto Kosan or not reported due to incompetence from Navy leadership stationed in Japan.

While the Naval Criminal Investigative Service began investigating the Japanese wastewater treatment company back in March 2018, the DoJ and FBI have since been added to assist with the probe, Navy spokesman Cmndr. Clayton Doss told the outlet.

Three ex-employees of Kanto Kosan told the WSJ that, for at least a decade, their former employer failed to adhere to the wastewater treatment guidelines laid out in its contacts with the Navy and may have also violated both US and Japanese laws through the falsification of treatment records and test samples.

One former employee claimed Kanto Kosan staff would use a hose to dump partially-treated wastewater into the sea and sometimes sent tap water to the Navy for analysis instead of required samples of treated wastewater from US ships.

The wastewater treatment company, however, wholeheartedly denies such dumping.

“We have been serving the US Navy for many years. How could we do something that would damage our reputation and lead us to lose work with them?” Yuki Yamamiya, Kanto Kosan’s general manager, told the WSJ.

“If we had done such a thing, we would have been kicked out of the base long ago,” he added in response to the employees’ allegations.

Navy contracts with the Japanese company have totaled over $100 million since 2008, US government data obtained by the outlet showed.

An unnamed Navy employee alleged to the WSJ that he personally flagged around 10 wrongdoings committed by the Japanese contractor over the past several years.

Despite the investigation, officials did not express any intention of suspending contracts or severing ties with Kanto Kosan and recently renewed agreements with the company in fall 2019.

The Japan Times reported that Japanese Chief Cabinet Secretary Yoshihide Suga recently commented on the matter during a press conference in Tokyo and claimed the Japanese government “will confirm the facts first and take appropriate action.”