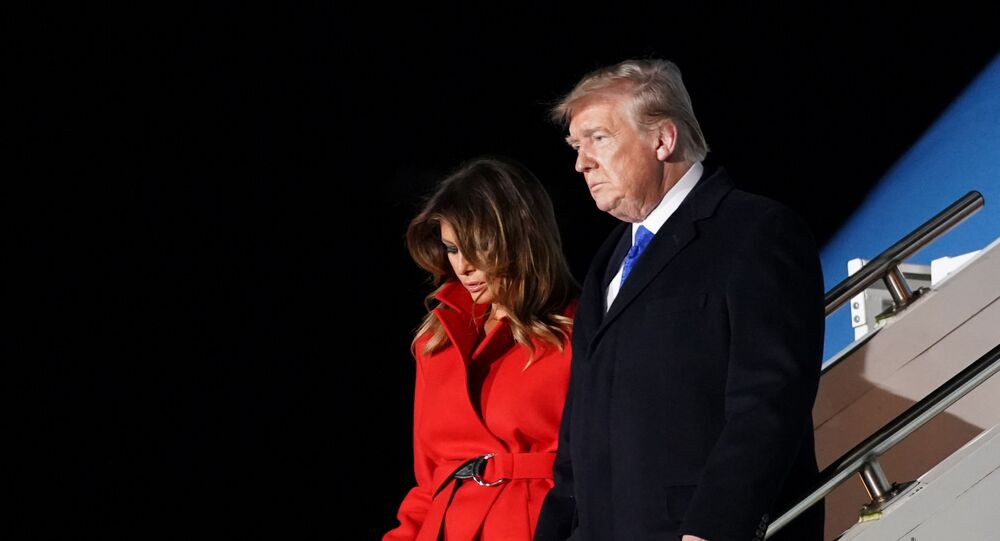 US concern about burden-sharing in respect of NATO typically centres on the amount of money each country spends on its own defence. While the alliance suggests budgets amount to two percent of GDP, several countries have been reticent to up their contributions.

Donald Trump will announce a reduction in US contributions to NATO at the London NATO summit, “to send the message to the allies” they must increase their own defence spending, a senior US official has told Washington Examiner.

It’s just the latest iteration of the President’s long-standing stance that the military alliance’s member states have taken advantage of the US’ largesse over the decades. The scheduled cut applies to contributions Washington makes to NATO’s “common budget”, which funds administrative costs.

“This is about burden-sharing between allies. We’ve brought our contribution down, but the other allies have stepped up,” the outlet’s anonymous source noted.

​The US currently contributes roughly 22 percent of NATO’s administrative budget, totalling about US$1.5 billion - the reduction of approximately US$100 million will have little practical consequence for the strength of the alliance, and is largely symbolic. Nonetheless, the meagre cut could have big ramifications for the 2020 presidential campaign, Washington Examiner’s sources suggest.

"He's trying to portray himself as doing what he said he would do and being more successful than his predecessors in getting our allies to take more of the burden, to pay their fair share,” the nameless official said.

On the Presidential campaign trail, Trump repeatedly called NATO "obsolete", questioned whether the US should automatically extend security guarantees to NATO members, and suggested the US might leave NATO unless changes were made to the alliance - as President, he has consistently reaffirmed Washington's commitment to NATO, while also demanding fellow members pay their "fair share". In January 2019, The New York Times quoted senior administration officials as saying Trump had privately suggested on multiple occasions the US should withdraw from NATO.

Three Things That Can Derail NATO's Anniversary in London, According to Former Secretary General