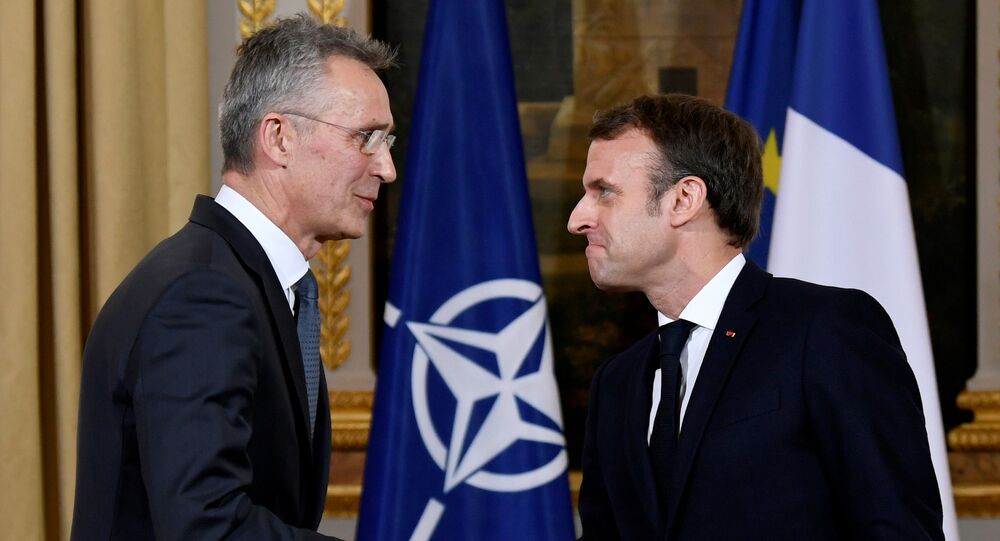 MOSCOW (Sputnik) - French President Emmanuel Macron said Thursday his comments about NATO experiencing "brain death" may have been a wake-up call for the alliance.

"So maybe we needed a wake-up call to continue and I am pretty glad about it, that it was the case," Macron told a press conference, regarding his comment.

In his interview with the Economist in early November, Macron said that European countries could no longer rely on the United States to defend North Atlantic Treaty Organisation (NATO) allies, adding that "what we are currently experiencing is the brain death of NATO".

The statement made has led to a flurry of responses from allies defending NATO.

He remarked, however, that he stood by his statement.

© REUTERS / FRANCOIS LENOIR
Merkel Stresses NATO’s Newfound Importance in Response to Macron Saying Alliance is ‘Brain Dead’
In November 2018, Emmanuel Macron voiced an idea about creating a European Army for EU member states that could provide the bloc with protection against the United States, China, and Russia.