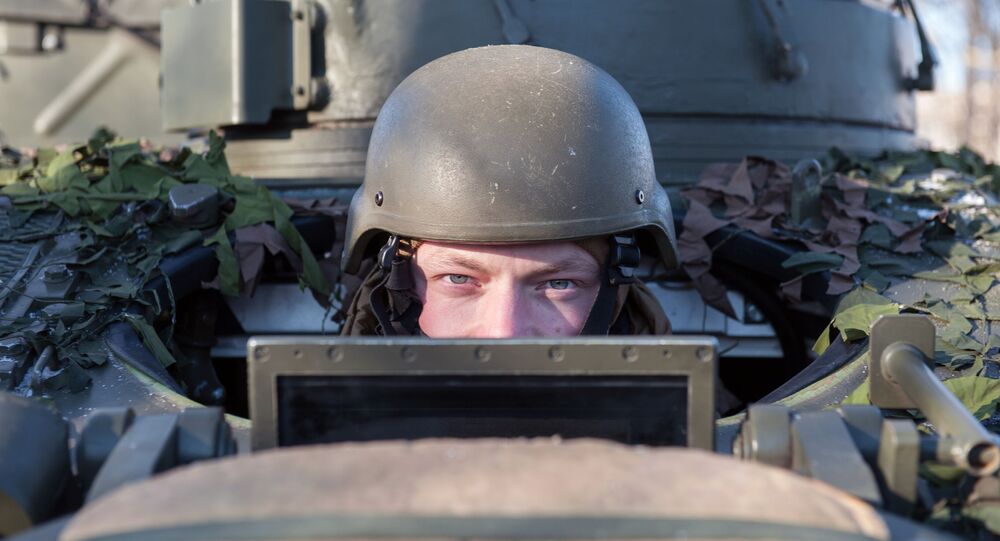 The report comes amid a major clash between France, the third-largest contributor to NATO, and the rest of the alliance, which erupted after President Macron publicly questioned the relevance of the organisation.

A London-based think-tank has said that British and NATO forces would be woefully “outgunned” in a potential conflict with Russia.

The Royal United Services Institute (RUSI), a leading British authority on matters of defence and security, has penned a report on the trends of fires technology and the effects of those systems on future battlefield.

An annotation on the RUSI website posits that “the increasing density and sophistication of Russia’s Integrated Air Defence System promises to rob NATO ground forces of air support in the first weeks of any high-intensity conflict in Eastern Europe.”

If that’s the case, NATO ground forces would need to rely on the strength of their artillery, which is currently “outgunned, outranged, and outnumbered” by Russia’s, the report suggests.

The report is set to be published in full at a Whitehall event on Friday, 29 November. In excerpts from it published by the BBC, the think-tank warns that Britain would also be “comprehensively outgunned and outranged, leaving enemy artillery free to prosecute fire missions with impunity.”

“This must ultimately fix and suppress British guns and manoeuvre elements, and thereby lead to the defeat of UK units in detail.”

RUSI said this means that the government should either invest in stockpiles of precision-guided munitions or discontinue its commitments under the Oslo Convention, which prohibits the use and procurement of cluster bombs.

The Defence Ministry replied to the report that Britain “does not stand alone but alongside its NATO Allies, who work closely together across air, sea, land, nuclear and cyber to deter threats and respond to crises.”

It added that the UK’s army is “well equipped to take a leading role in countering threats and ensuring the safety and security of British people at home and abroad.”

The latest figures from the ministry show that the number of Britain’s full-time trained military personnel has fallen for nine years straight, with all branches combined showing a 7.6-percent deficit between the number of required and actually enlisted troops. A separate report by The Guardian found in August that Britain’s frontline combat units are operating at 40 percent below their optimum strength.

The parliamentary spending watchdog found earlier this year that the Defence Ministry had a funding gap of at least $9 billion in its 10-year plan to equip the country’s armed forces, and that the shortfall could double by 2028.

The UK still remains NATO’s top defence spender in Europe, although it is estimated to be trailing behind France in terms of total military strength.

Around 900 British troops are stationed on rotation in Estonia and Latvia, which border Russia, and in the nearby Lithuania and Poland, as part of NATO’s eastern flank reinforcement policy, which has been roundly criticised by Russia as being detrimental to international relations.

Emmanuel Macron – the president of NATO’s third-largest defence spender – has recently openly called the alliance’s relevance into question. In a bombastic interview, he declared that NATO is “brain dead”, citing a lack of coordination between its members, as was the case with Turkey’s October invasion in northern Syria.