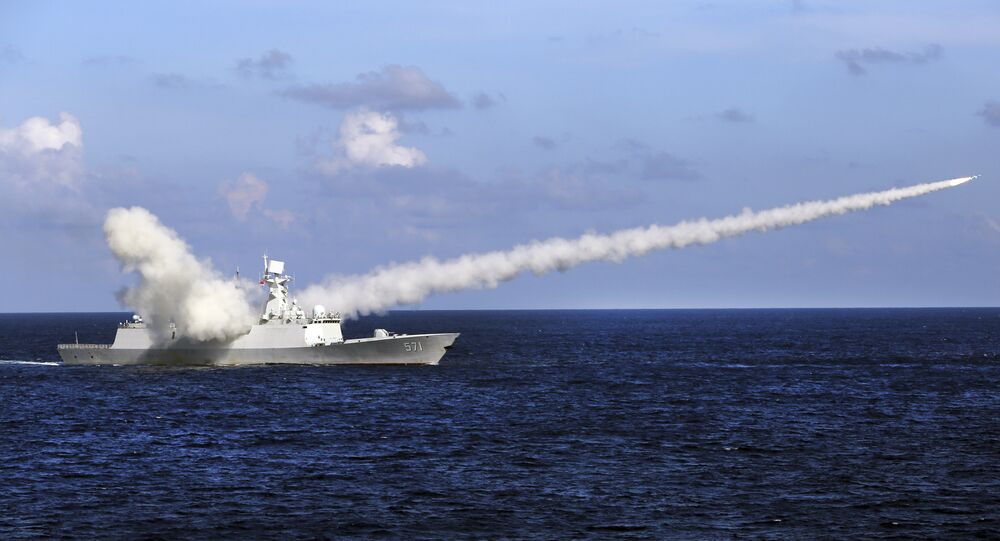 The US Navy has inadequate surveillance assets to support and protect its expanded fleet, according to a new report by The Hudson Institute, which warns that when facing Chinese forces with increasingly long ranges, US commanders will be unable to “shape the combat environment.”

In naval warfare, awareness and range are key. Fleets are by their nature projections of power that contest a given area of the sea, and their commanders must be aware of everything that comes into and goes out of that zone. A new report by the conservative Hudson Institute think tank warns the US Navy doesn’t have the intelligence, surveillance and reconnaissance (ISR) assets to provide the information US fleet commanders need in today’s oceanic battlefields, much less in the expanded naval ops envisioned by the Trump administration.

Titled “If You Can’t See ’em, You Can’t Shoot ’em: Improving US Intelligence, Surveillance, Reconnaissance, and Targeting,” the report warns, “The US currently lacks ISR platforms, manned or unmanned, that can remain on station for long enough, cover enough ground, and feedback enough information to an American fleet to allow US commanders to shape the combat environment.”

“In the worst case, America’s adversaries may outpace the US in a conflict’s opening phases, forcing Washington to decide between accepting high casualties or ceding an operational region,” the report continues. “Less catastrophically, if the US lacks information on China’s movements in the Pacific, this can allow Beijing to manipulate the time and place of potential confrontations, forcing US commanders to choose between unsavory escalation scenarios."

The Danger of PLARF

The area of sea that must be monitored is steadily being pushed outward by China’s People’s Liberation Army, which has for decades emphasized developing long-range missiles capable of endangering superior US naval forces a significant distance from the Chinese mainland.

“China’s threat to the US Navy’s sea control abilities within the first island chain is increasing,” The report notes. “Reasonable operational goals for the Navy’s response should include maintaining fire-control quality tracking on all PLAN combatants out of their home ports within the first island chain, and suitable weapons pairings capable of acting upon the tracks maintained.”

In the 1982 Falkland Islands War, the British Royal Navy lacked any kind of airborne early warning and control system (AWACS) or airborne ISR system, meaning that Argentine attack planes often appeared on ship radars just as they were firing their missiles. This resulted in the loss of several RN ships, including the modern HMS Sheffield, struck by a cheap, French-made Exocet anti-ship missile. By comparison, the Argentine Navy had far greater intelligence about the locations of RN ships thanks to its airborne P-2 Neptune aircraft, enabling it to engage the RN at places of its choosing.

The PLA’s Rocket Force (PLARF) has also planned for mass missile attacks on US ships that it can launch at standoff distance. Some of the weapons in its repertoire include the YJ-12, with a 400-kilometer range; the YJ-18, with a 540-kilometer range; and the supersonic CM-401 anti-ship missile, with a 290-kilometer range.

​More dangerous still are the PLA’s two anti-ship ballistic missiles, about which less is known. A Pentagon report on the Chinese military from 2018 noted that in January of that year, Beijing tested an air-launched ballistic missile (ALBM) judged to be a derivative of the Dong Feng-21 medium-range ballistic missile with its range increased to between 3,000 and 4,000 kilometers. Earlier this month, Sputnik reported on new images published of a modified H-6N bomber with an ALBM slung underneath, which observers believe might be a DF-15, which has a range of up to 900 kilometers.

The Navy has three main sources of ISR: satellite photos, ISR drones and scanning performed by specialized, manned aircraft such electronic warfare aircraft and AWACS planes with their imposing radomes. Many of those assets, however, are land-based, meaning ships further out to sea or stationed far from friendly airfields will have less access to information from MQ-4C Triton drones or P-8 Poseidon aircraft.

The MQ-25 Stingray drone is the Navy’s first carrier-based UAV, designed as an aerial refueler but also capable of being reconfigured for an ISR role; the MQ-8C Fire Scout helicopter drone joined the fleet this past June to fill an ISR role for smaller ships, but its range is limited. The first Fire Scout deployed recently to the South China Sea on the USS Gabrielle Giffords, a littoral combat ship refitted by the Navy into a “fast frigate” role, decked out with long-range anti-ship missiles.

The report notes that the Navy plans to buy 68 Triton drones, which are modified versions of the Global Hawk, enabling at least five to be in the air somewhere in the world at any given time. It advises not only buying more Triton drones, but also repurposing MQ-9 Reaper drones, presently used by the Air Force, and reconfiguring some Stingrays for ISR purposes.

However, as Defense News notes, even with the 2,000-mile range of the Triton, five drones isn’t enough to give the Navy the incredible amount of sea coverage it needs, barely being able to cover the sea lanes inside the first island chain, or the string of islands closest to the Asian mainland, within which Chinese forces are at their most capable.

Other options include the bizarre Tactically Exploited Reconnaissance Node (TERN), a tail-sitting drone designed to launch from the decks of small ships that was developed by the Defense Advanced Research Projects Agency (DARPA), which is often called the Pentagon’s “mad scientist” division. The report also mentions Bell’s V-247 Vigilant a tiltrotor ISR drone that looks a lot like its famous V-22 Osprey aircraft and would have to operate from a helipad. Both the TERN and Vigilante remain in their experimental phases, however.