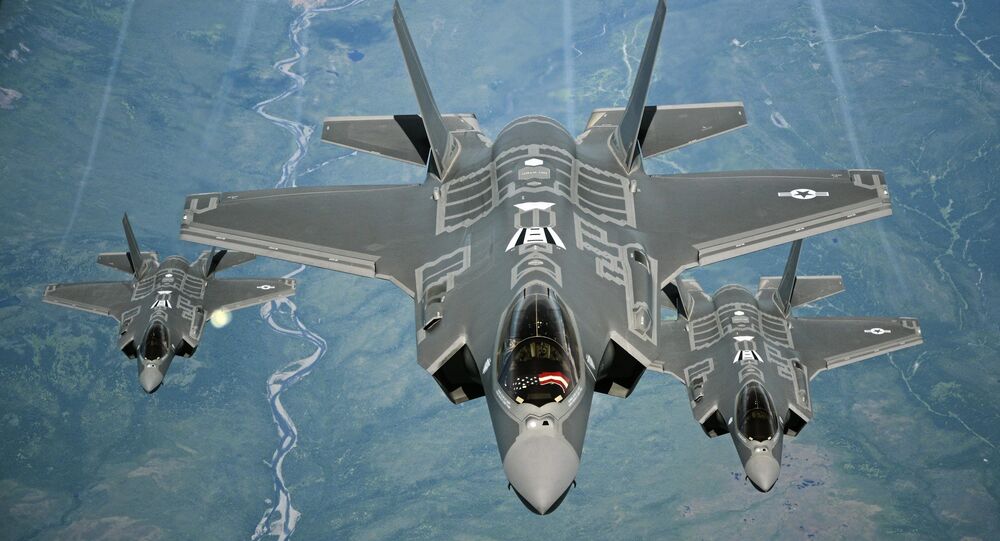 Turkey to Look for Alternatives for F-35 if US Fails to Provide Jets, Defence Minister Says

Although Ankara is still trying to iron out its differences with Washington regarding the acquisition of F-35 jets that the has country ordered, Turkish President Recep Tayyip Erdogan also showed interest in Russia’s Su-57 fifth-generation stealth fighter during the MAKS-2019 air show.

Turkey will be looking for alternatives to the F-35 if it fails to negotiate for them to be delivered from the US, the country's Defence Minister Hulusi Akar warned in an interview with Al Jazeera on 23 November.

"All should be aware that Turkey will have to look for alternatives if F-35s cannot be acquired for any reason", he stated.

The minister noted that Ankara has fulfilled all of its obligations since joining the F-35 development programme. Turkey invested heavily in the jet's development, as well as arranged for the production of some of the aircraft’s parts on its territory, ultimately hoping to acquire some 100 fifth-generation stealth jets. With this in mind, Akar opined that other participants in the programme, namely the US, must fulfil their end of the deal.

In July 2019, Washington suspended the deliveries of F-35 jets ordered by Turkey, citing concerns that the Russian-made S-400 air defence systems that Ankara also acquired this year could compromise the jets. The US claimed that these could reveal the F-35's weaknesses to Moscow.

Turkish Defence Minister Akar dismissed this concern in an interview with Al Jazeera by assuring that the S-400s will operate as a "standalone system" and will not be hooked up to NATO defence systems.

In order to resolve the dispute surrounding the S-400s the presidents of the US and Turkey agreed to organise a working group of the two states' national security teams so they could find a solution. Despite this, neither of the countries has changed its rhetoric regarding the issue, with the US State Department calling on Ankara to get rid of the Russian systems by any means possible, and Turkish President Recep Tayyip Erdogan stating that this is not an option.

Erdogan argued that the purchase of the S-400 air defence systems is a matter of national security and that Washington's interference is "not right" and is essentially meddling in a Turkish sovereign decision. He also pointed out that Ankara had been eager to buy American Patriots instead, but that the US had failed to give a green light to the purchase.

While Turkey has so far denied reports of being in the process of searching for a replacement for the F-35, as it did with the US Patriots, Turkish President Recep Tayyip Erdogan showed interest in Russia’s Su-57 fifth-generation fighter jet when he visited the MAKS-2019 air show with his Russian counterpart Vladimir Putin. When asked about the possibility of acquiring the Russian top-of-the-line jet, Putin responded that such a possibility exists.

Erdogan Says if US Stance on F-35s Doesn't Change, Turkey Will Have to Look for Defence Alternatives