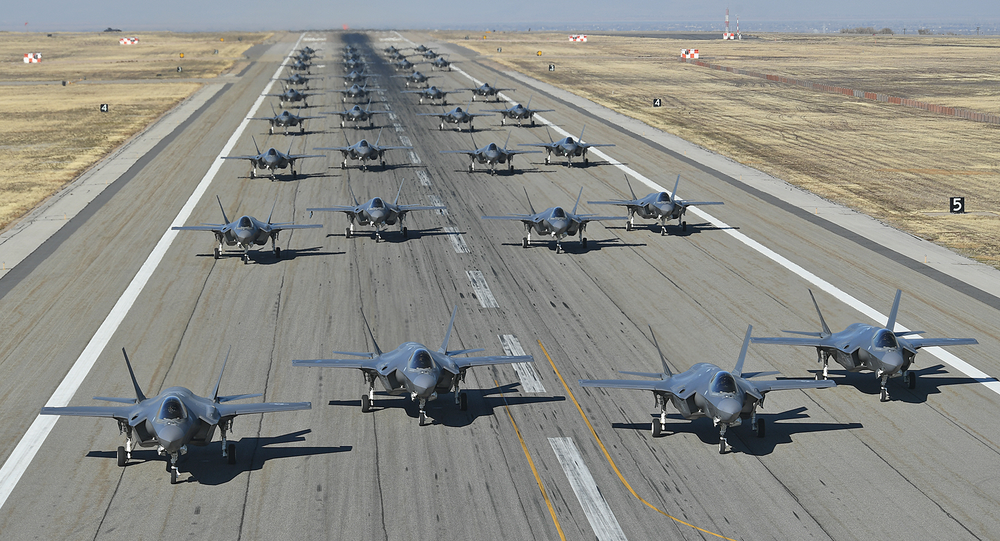 Washington continues to boost its military presence in the region amid growing tensions with Tehran, also sending an additional 3,000 troops as well as air defence systems to Saudi Arabia.

Hill Air Force Base has sent a squadron equipped with F-35 fighters on a combat deployment to the United Arab Emirates, the Standard-Examiner reported.

According to the newspaper, citing Col. Steven Behmer, commander of the 388th Fighter Wing, servicemen from the 34th and the 466th Fighter Squadrons left Utah for the Al Dhafra Air Base.

The American personnel includes those drawn from active duty and reserve units.

The US military sent its 4th Fighter Squadron from Hill Air Force Base to the Middle East earlier this year. The jets and staff recently returned from the region after a six-month deployment in the region.

The 34th Fighter Squadron, also known by its nickname Rude Rams, is equipped with Lockheed Martin F-35s, the newest fifth-generation fighter jets in the American military.