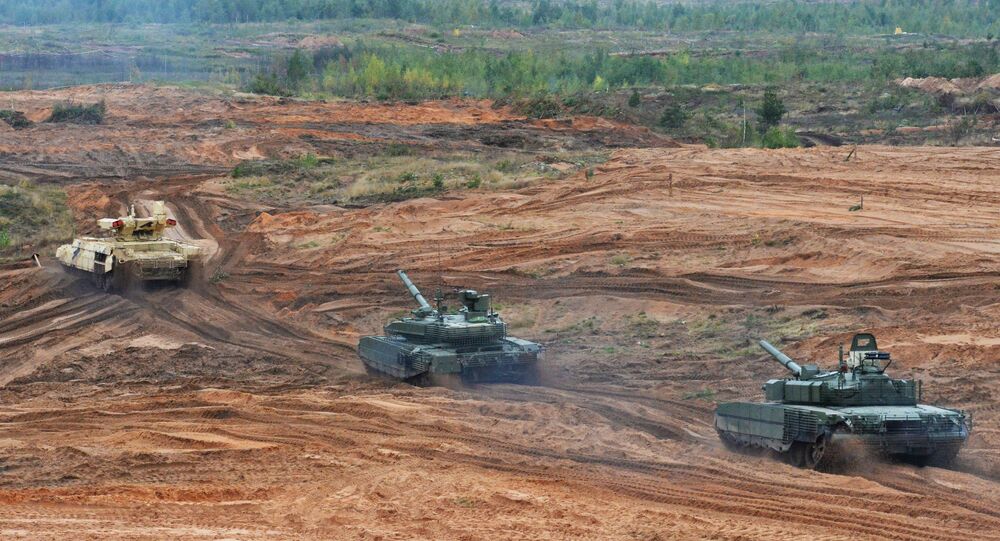 Big in the City: Russian Tanks Could Prevail on Most Difficult Battlefield With This New Upgrade

Despite tanks first being introduced at the dawn of the 20th century, they still face major challenges when it comes to fighting in towns and cities, where every building can be packed full of enemy troops armed with anti-tank weapons and ready to strike an unprepared armoured vehicle.

Russian tanks and infantry fighting vehicles (IFVs) currently employed by the country's military will be equipped with newly developed defence modules for urban combat scenarios in 2020, head of the Russian Defence Ministry's Main Agency of Automobiles and Tanks Sergey Bibik revealed in an interview with Russia’s Izvestia newspaper.

The official clarified that the experience that the Russian military has gained in most recent local conflicts has greatly contributed to the development of this defence module. The same experience also helped to refine existing IFVs, including the BMP-1M and 2M, as well as the T-80 and T-90M tanks.

Currently, combat in towns or cities poses a serious challenge for armoured vehicles, which are limited in their mobility and remain vulnerable when on the streets. They are especially susceptible to being fired upon from nearby buildings by enemy forces armed with anti-tank weapons.

The new module could thus make Russian tanks and IFVs a good option for potential foreign buyers. The country's newest tanks, such as the T-80 and T-90 have in the past been acquired by India, South Korea, Cyprus, China, and the UK, with Beijing and New Delhi expressing interest in acquiring the most modern Russian development, the T-14 battle tank based on the Armata Combat Platform.