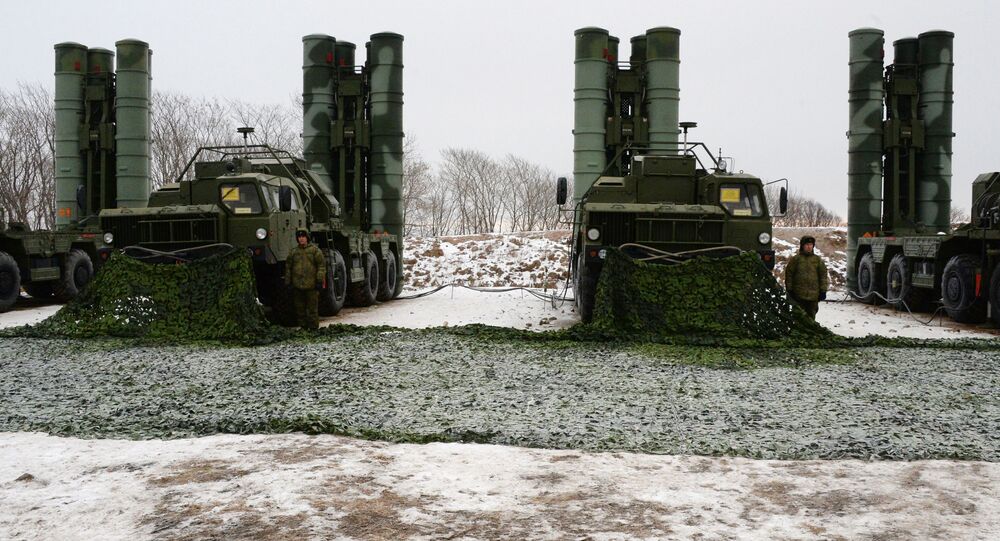 The State Department said that Turkey must get rid of the S-400 systems that it obtained from Russia this year in order to "move forward" in its relations with the US, which has threatened to impose additional sanctions on the country otherwise.

Turkish Minister of Defence Hulusi Akar stated on 21 November that his country is going to activate and make use of the air defence systems that it bought under a contract with Russia inked in 2017.

"The S-400 will be functioning. At the moment, Turkish military personnel are undergoing training on the use of the S-400s. After this is concluded, the planned [use of the S-400s] will start. Do not doubt it", he said.

At the same time, Akar said that Turkey is currently working on making the use of both the S-400s and US-made F-35 jets possible. The minister stressed that the country is not going to sacrifice one weapon in order to make use of another, referring to the US unwillingness to ship its fifth generation jets to Ankara unless it ditches the S-400s.

"Can the F-35 and the S-400 work together? What are the negative effects on each other? Can they be prevented? How can we use it without any harm? We have started working on it. Even if they won't be able to work together, we will find a formula [to resolve the issue]", he said.

This year, Washington suspended shipments of F-35s ordered and paid for by Turkey, claiming that the Russian S-400s the country obtained earlier could harm the jet by revealing its weaknesses to Moscow. Ankara has repeatedly dismissed these concerns, arguing that Russia won't have access to air defence systems deployed in Turkey.

In addition to this, the US has threatened to impose sanctions against Turkey if it doesn't get rid of the S-400 systems, something that Ankara has repeatedly ruled out doing.

Following negotiations between Trump and Erdogan in November, the two countries established a group, including members of their national security teams, to address the bilateral issue that has recently been spoiling relations between Turkey and the US. Despite this, the US State Department recently said that Turkey must "either destroy or return" the S-400s if it wants to "move forward" in its relations with Washington.

Turkey Has to 'Destroy, Return, or Somehow Get Rid of S-400' - US Department of State