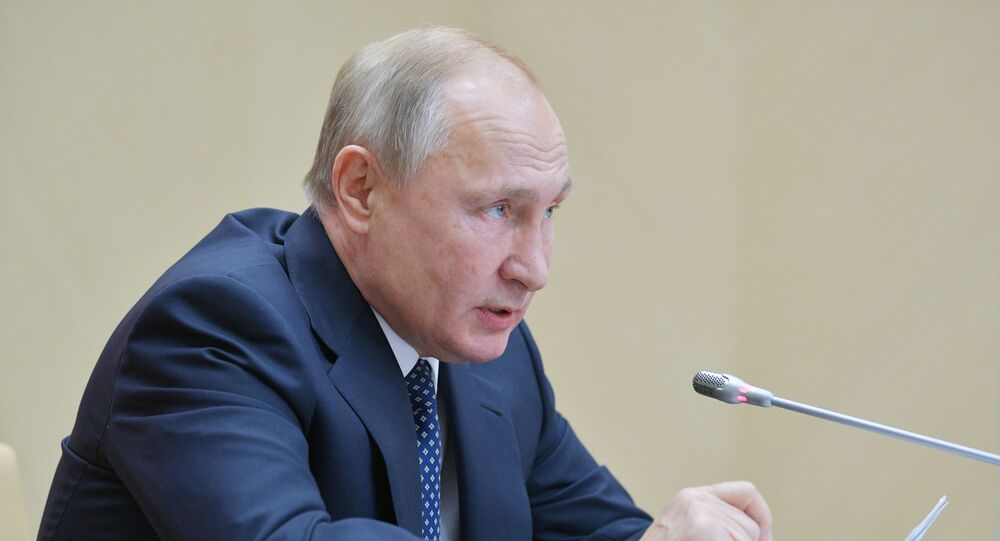 Russia has long expressed its concern regarding NATO's deployments of forces near the country's borders, something which has only intensified in the last five years, as well as tendencies to develop military equipment, designed to be deployed in space.

Russian President Vladimir Putin has expressed grave concern about the process of NATO's expansion further to the east, resulting in the deployment of the alliance's military infrastructure close to Russia's borders.

"The world's leading states are actively improving their offensive weaponry. […] The so-called nuclear missile club, as you all know, is growing in number", the president noted.

Putin further noted that Russia is facing "serious challenges and threats" as global competition is "intensifying and acquiring new shapes" causing uncertainty in the world. He stressed that the US withdrawal from the Intermediate-Range Nuclear Forces (INF) Treaty in 2019, was one of the factors for this "uncertainty".

"The US withdrawal from the INF under an invented pretext has been a significant blow to the arms control system. The risk of missiles of this class spreading to different parts of the world has made the global situation even more tense", Putin said.

In light of other countries developing new weapons systems, Russia must strengthen its own military forces and equip it with more modern weaponry, the president stated. He noted that currently, over 68% of weapons and equipment used by the Russian Army and Navy are newly and in some cases they are "years ahead of foreign analogues in terms of their characteristics".

"I will make special mention of the implementation of the state arms programme, which has enabled us to proceed with the radical technical re-equipping of the military. In the coming years, the level of modern arms and equipment […] must reach 70%. In the most crucial spheres, such as strategic nuclear forces that play a crucial deterrent for a potential aggressor, this level must be even higher", Putin said.

The Russian president announced that in 2020 the country will start to prepare a new weapons programme that will seek to improve both the quality and quantity of Russian weapons and equipment for the military.

According to Putin, the country will be focusing its efforts on new high-precision weapons, aerospace defence weapons, reconnaissance and attack drones, robots, laser systems, and hypersonic vehicles. The president also advocated for the increased use of artificial intelligence technology in modern Russian weapons.

US Withdrawal From INF Treaty

Washington announced the withdrawal from the Intermediate-Range Nuclear Forces (INF) Treaty back in February 2019, completing the process in August, under a pretext of claims that Russia had violated the accord’s provisions with one of its missiles, 9M729. Despite Moscow providing documentation about the missile in question, Washington refused to change its decision.

Russia also had questions about US compliance with the missile accord following Washington's announcement, and declared its intention to also abandon the INF Treaty.

In light of these events, both states announced the development of previously banned missiles, with Moscow vowing not to deploy them, unless the US sets up its non-INF-compliant missiles near Russia’s borders.