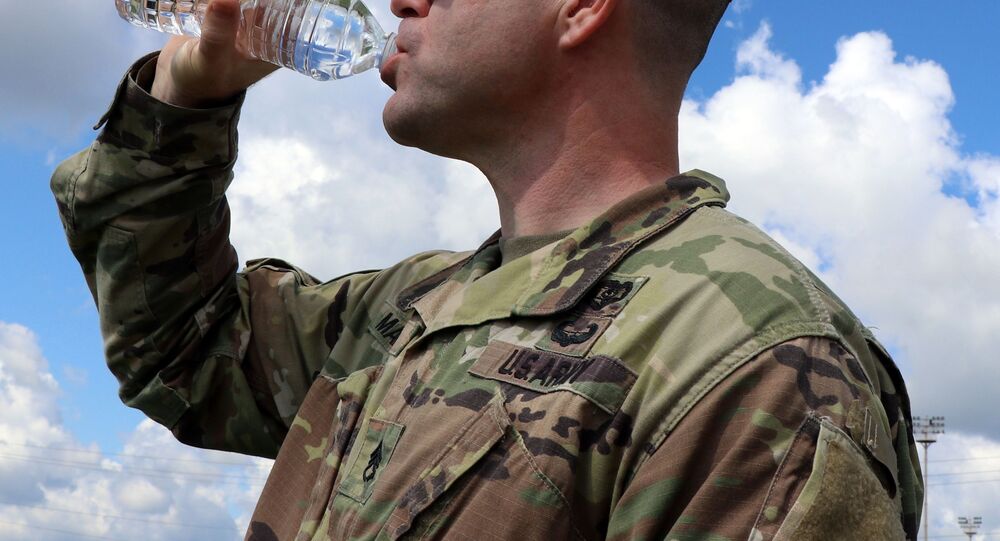 The Pentagon has revealed previous department estimates of the number of US military facilities polluted by firefighting foam - which has been linked to birth defects and cancer - did not reflect reality.

Robert McMahon, assistant secretary of defense for sustainment, announced Wednesday that, after a recent series of tests, a new, more accurate report on the water quality of military installations will be delivered to Secretary of Defense Mark Esper in the coming days.

“I think what you will see out of the report is a revised number above 401,” McMahon said, as reported by McClatchy DC.

According to a 2018 report from the Department of Defense, a total of 401 military sites tested positive for “higher than allowable” levels of per- and polyfluoroalkyl substances (PFAS), which are found in a concentrated state within Aqueous Film-Forming Foam (AFFF) that is used by the military to put out aircraft fires.

The Pentagon official also clarified that in determining which military institutions were contaminated, findings revealed the department “undercounted within some of the [National] Guard sites.”

Though the previous report found that decontamination efforts will cost the Pentagon more than $2 billion, the additional findings are expected to raise the associated cleanup costs - on top of the $22 million already spent in researching new firefighting foams.

McMahon did note that a newly developed, viscous AFFF with lower concentrations of PFAS has been adopted for training missions. However, the original AFFF formula - which spreads across an area faster than the newer version - remains the go-to chemical to neutralize aircraft fires.

This announcement comes shortly after McClatchy DC reported that there was a 61% rise in bladder, kidney and ureter cancer treatments among veterans at Department of Veterans Affairs hospitals between fiscal years 2000 and 2018. Blood cancer; liver and pancreatic cancer; and prostate cancer treatments also climbed 18%, 96% and 23%, respectively, in the same period. With rising levels of cancer diagnoses and treatments, many veterans are concerned that cases among them and their family members are linked to the firefighting foam.

In addition to informing current service members of which facilities are contaminated, the upcoming report is also expected to present a framework for future department-funded health care options for those affected.