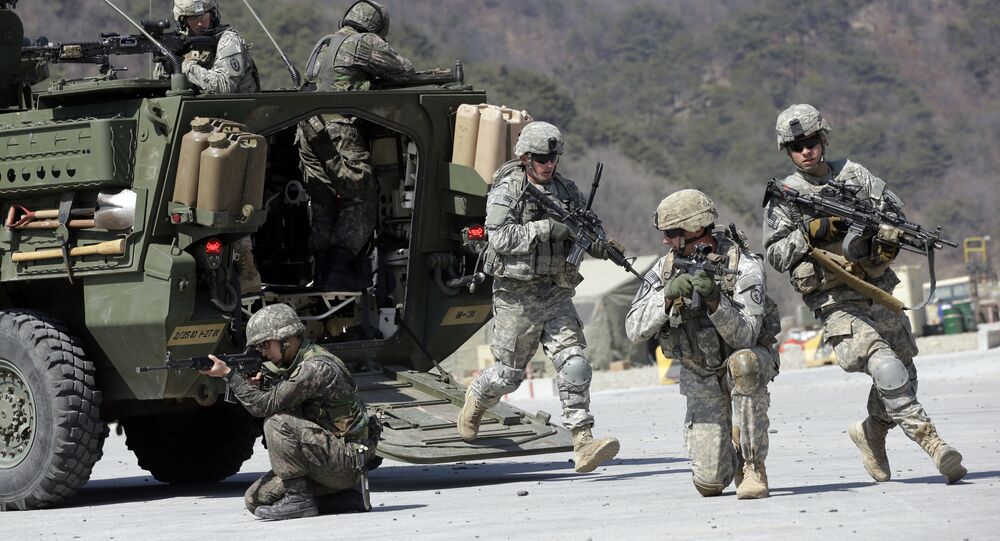 MOSCOW (Sputnik) - The report comes days after talks on defence cooperation between the US and South Korea were cut short for unspecified reasons, with neither side making any official comment on the matter.

Washington has firmly denied a report by South Korean newspaper The Chosun Ilbo claiming that the US is looking to pull out its military personnel from the Korean Peninsula. The Pentagon has called on the newspaper to retract the story.

"There is absolutely no truth to the Chosun Ilbo report that the US Department of Defence is currently considering removing any troops from the Korean Peninsula", chief Pentagon spokesman Jonathan Hoffman stated.

The newspaper earlier reported that the United States is considering pulling out a considerable chunk of its military personnel from South Korea if the Asian country refuses to increase its spending five-fold to maintain military bases.

"The US is preparing to withdraw one brigade if negotiations with South Korea do not progress according to President Donald Trump's hopes", a diplomatic source in Washington told the South Korean newspaper.

The diplomatic source added that Trump may be looking for an excuse to pull US troops as part of a retrenchment policy.

Earlier reports suggested that the US has been waging a pressure campaign to force South Korea and Japan to increase expenditures on the upkeep of military bases by up to 500 percent.

In June, US hawk John Bolton visited the two allies while still national security adviser, with reports claiming his demands were rejected by both nations.

The US military maintains over 28,000 troops in South Korea and is obliged by law to keep at least 22,000 on the peninsula at all times, which means some 6,000 soldiers may be withdrawn from various bases.