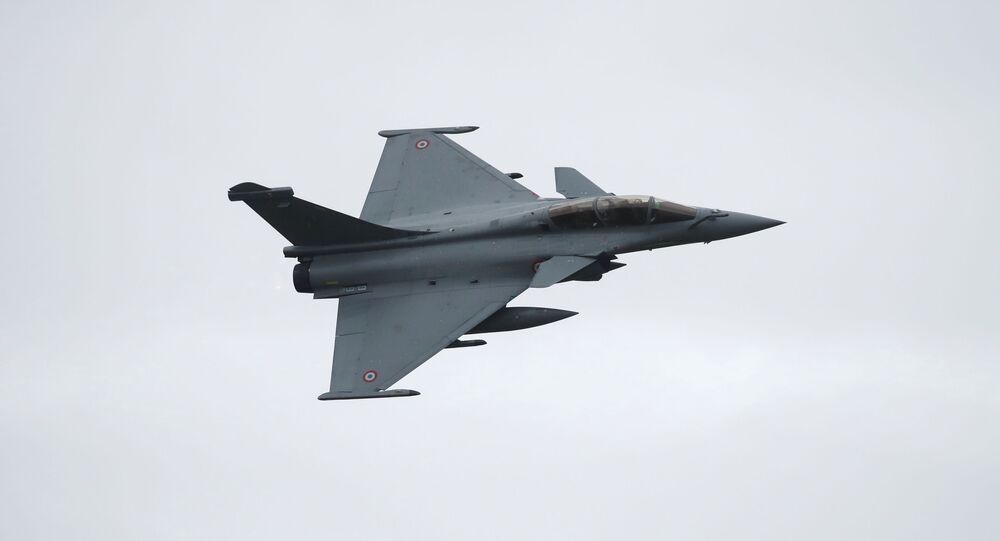 New Delhi (Sputnik): The Rafale will greatly enhance the capabilities of the Indian Air Force (IAF) and give it an edge over Pakistan and China, Chief Air Marshal R.K.S Bhadauria claimed last month.

The Indian defence ministry has revealed that three Rafale fighter jets have been delivered to the Indian air force.

The move comes just days after the country’s supreme court dismissed petitions alleging corruption in the $8.7 billion deal with France.

The jets, which are expected to enter service next year, are currently being used for training IAF pilots and technicians in France.

Amid allegations from opposition parties of favouritism in choosing an Indian partner to build the jet, the defence ministry claimed it had “not yet recommended any company for making Rafale jets for India”.

The accusation of crony-capitalism was made by India’s main opposition party Congress ahead of country’s parliamentary elections in May this year. According to the then Congress party president Rahul Gandhi, former French President Francois Hollande actually supported the allegations.

Hollande, who was the president at the time of the deal in 2016, claimed in an interview that the Indian government had pressured jet manufacturer Dassault Aviation to partner with India's Reliance Defence to meet its "offset policy."

The allegation is that Reliance Defence became the Indian partner of Dassault Aviation and received a multi- million dollar contract under the defence procurement policy.

Under the “offset policy”, the original equipment manufacturer needs to invest at least 30% of the deal value back in India.

The IAF chief Bhadauria emphasised the importance of the Rafale in October this year and said it would be a "game-changer in terms of our operational capability and when we use it in combination with SU-30 and other fleets which we have, we would have a serious jump in our capability.”