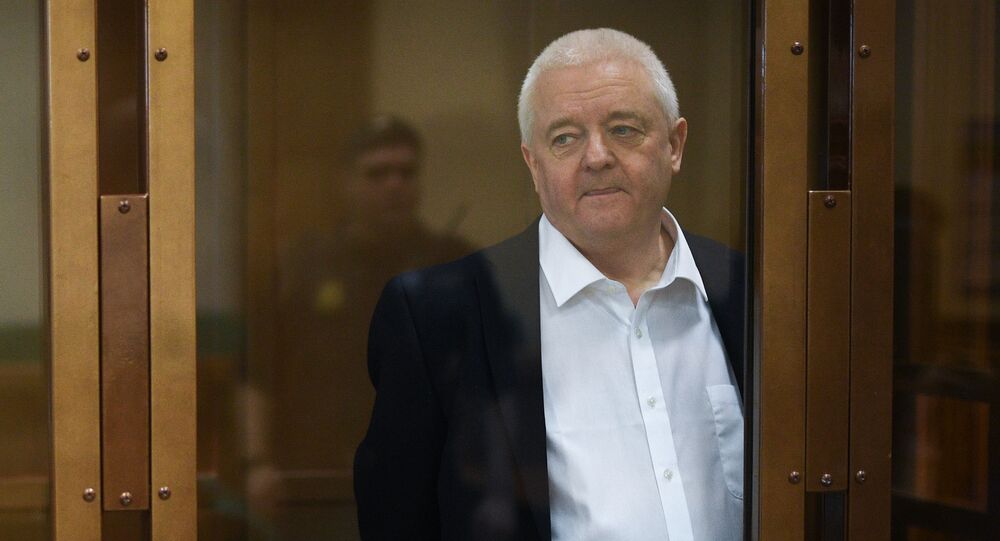 Frode Berg, who claims to have fallen prey to intelligence intrigues, was convicted of gathering data on Russia's North Fleet and its nuclear submarines.

The Norwegian Parliament’s special commission charged with monitoring the country’s intelligence agencies has embarked on an investigation on how convicted spy Frode Berg was recruited and whether any of his rights were violated.

While Frode Berg, a retired border inspector, has repeatedly claimed that E-tjenesten, Norway's military intelligence agency, had recruited him for a series of assignments within Russia, E-Tjenesten and the government officials have neither confirmed nor denied his claims. Berg, on the other hand, made it clear that he was “duped”, “betrayed” and “cast to the wolves”, as he never fully understood the extent of his involvement.

“We want to see whether individuals’ rights have been violated, and whether E-tjenesten has conducted itself within the law”, Svein Grønnern, the leader of the intelligence, surveillance and security services committee, told national broadcaster NRK. Grønnern admitted that commission members can understand Berg’s frustration, “as he had to spend so much time in prison”.

A Blow to Bilateral Relations and Confidence

Apart from being a deep shock for Russian-Norwegian relations, the Berg case sparked suspicions and deep criticism of E-Tjenesten’s possible involvement in Russia as unprofessional. In his hometown of Kirkenes situated near the border with Russia's Murmansk Oblast, Berg enjoyed a high profile and was seen as a champion of friendly bilateral relations.

According to the newspaper Aftenposten, E-Tjenesten and the Police Security Service (PST) have been trying to recruit people from the border municipality of Sør-Varanger. Now, the residents, who lean on the friendly relations with Russia and have benefited greatly from joint businesses and visa waivers, are asking the intelligence services to stay away.

“The Frode Berg case shows how wrong it can go. Now the secret services must learn to stay away from the people in Kirkenes. They must stop from harming the local society more than they have already done,” former business manager Kaare Ramberg told the newspaper Aftenposten, slamming what he called the dangerous practice of recruiting amateurs to partake in risky missions, which puts people at risk and jeopardises cross-border cooperation.

E-Tjenesten's communications manager Ann-Kristin Bergene admitted that her agency has been present in Sør-Varanger since the 1950s and had employees living in Kirkenes. Nevertheless, she assured that it has never sought out ordinary civilians for engaging in work against Russia.

This weekend, 64-year-old Berg returned to Norway after nearly two years in a Russian jail following a three-way spy exchange involving Norway, Russia and Lithuania. Berg was arrested in Moscow in early 2017 with €3,000 ($3,320) in cash and was sentenced over trying to obtain classified information about the Russian Navy and its nuclear submarines.

Prime Minister Erna Solberg said that Berg has “the rights to his own story” suggesting he is free to tell it. Whether the convicted spy will seek compensation for his ordeal is not clear yet.

A History of Spying Accusations

Previously, Atle Berge, director of the construction firm Ølen Betong, who was arrested by Russia's federal security service (the FSB) and banned from the country for 10 years, accused E-Tjenesten of spoiling his business in the neighbouring country by approaching him alongside his co-workers.

In recent years, Norwegian-Russian relations have been marred by a series of spying accusations and intelligence threats, involving several US radars in close proximity to Russia. The appearance of a tame beluga whale whom Norwegians initially proclaimed a Russian spy and dubbed “Whaledimir” in a nod to President Vladimir Putin's KGB career, provided some comic relief.