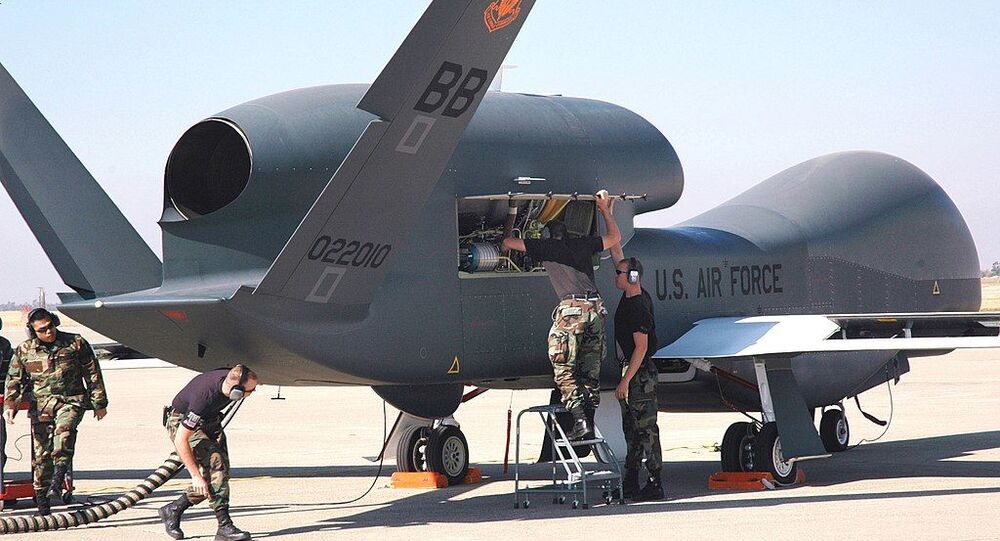 The US Air Force strategic unmanned aerial vehicle RQ-4B Global Hawk made a many-hour reconnaissance flight off the coast of Syria, where the Russian naval base in Tartus and the Russian Hmeimim airbase are located.

According to the monitoring data from PlaneRadar.ru, the drone made a series of flights near Russian bases, at times approaching them at a distance of 35–45 km. Further data showed the aircraft along the coast of Israel and Lebanon, from where it could technically observe the area of the Syrian capital of Damascus.

The flight was carried out at an altitude of about 16 thousand metres above the international waters of the Eastern Mediterranean. The American drone did not violate the sea border of Syria.

Global Hawk is designed to conduct strategic aerial reconnaissance at a great depth of enemy territory for a long time. The drone has a flight-off weight of 15 tons and a wingspan of about 40 meters and can patrol for 30 hours at an altitude of up to 18 thousand meters. When flying at high altitudes, it is able to survey large areas, carry out reconnaissance of point targets with high resolution and transmit intelligence to the command in real-time.

The drone carries the Hughes Integrated Surveillance & Reconnaissance (HISAR) sensor system, which integrates a SAR-MTI system, along with an optical and a thermography imager. The SAR-MTI system operates in the X band in various operational modes:  the wide-area MTI mode with a radius of 62 mi (100 km), combined SAR-MTI strip mode provides 20 ft (6.1 m) resolution over 23 mi (37 km) wide sections, and a SAR spot mode providing 6 ft (1.8 m) resolution over 3.8 square miles (9.8 square kilometres). The drone can survey as much as 40,000 square miles (100,000 square km) of terrain a day.