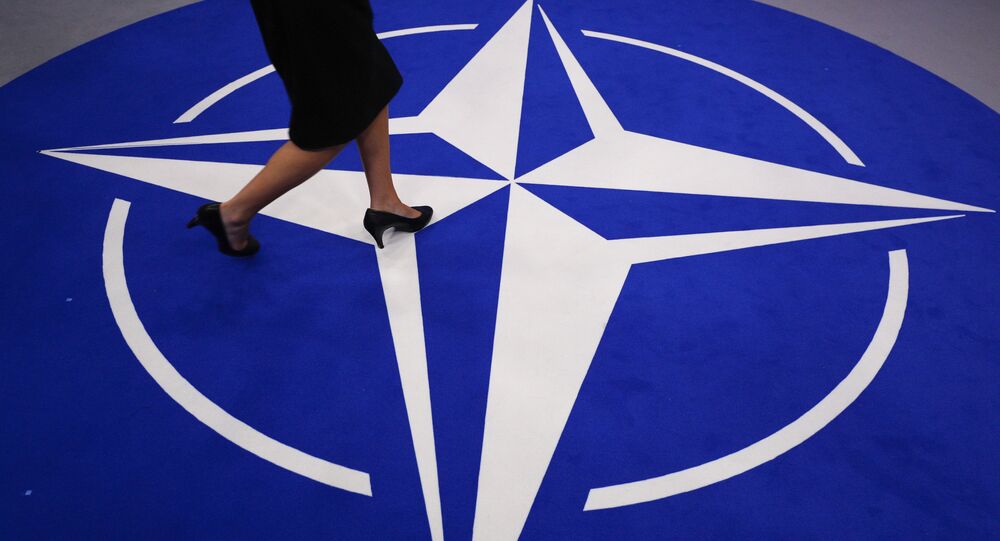 The French president has been one of the most active supporters of closer European military integration and creating a joint European army. After pronouncing NATO “brain dead”, he is reportedly lobbying to re-write the EU Treaty in order to better protect all member states, the German outlet Welt am Sonntag reports.

France has reportedly called on fellow EU member states to boost the bloc’s defence readiness in order to become more independent from NATO's protection and improve the so-called assistance clause, Article 42 (7) of the EU Treaty, which obliges other states to provide the utmost support in case of an attack on one of them. Welt am Sonntag reported about the bold move, citing informed EU diplomats.

As an internal paper from Paris, said to have been discussed by EU ambassadors in Brussels twice, says, the French government, said to be pushing for the changes, allegedly insists that "the feasibility of the mutual support clause (Article 42.7) should be improved to ensure that every EU country, regardless of the size of its military or diplomatic network" can use it.

According to Paris, the required measures are intended to provide security for countries like Sweden and Finland, which are not in NATO, as well as Cyprus, Malta, Austria, and Ireland, in case of an attack.

NATO’s European member states should also be able to rely on support if the alliance is unable to defend them under Article 5, for example, in case of a veto by the US or Turkey.

To improve the feasibility of the aforementioned clause, France also reportedly demands that the European External Action Service (EEAS) should be able to act as a "coordinating hub" for assistance from 26 EU countries at the request of an attacked country. The paper is also said to propose that EU states should identify gaps in so-called Tabletop Exercises (TTX), or emergency training, and "improve the readiness to act" if military or civilian help is required for a challenged country.

The "scope of the clause must be reconsidered" and clarified, for example, if a country can rely on help in case of cyberattacks or so-called hybrid warfare. The outlet reports that France is enjoying support for this due to Finland’s EU presidency.

According to Welt, the EEAS in Brussels is currently drafting a confidential analysis on behalf of EU states on how to improve the assistance clause. Paris allegedly wanted to put the issue on the agenda of a meeting of EU defence ministers last Tuesday, but the majority refused, citing the pending analysis and need to invite EU foreign ministers to discuss the topic.

The report came a week after French President Emmanuel Macron called on Europeans to step up defence efforts due to no longer being able to rely on NATO.

© REUTERS / Benoit Tessier
French Defence Minister Clarifies What Macron Meant by ‘Brain Death of NATO’
However, German Defence Minister Annegret Kramp-Karrenbauer, rumoured to be one of the possible candidates for the German top government post, earlier called for a "self-confident European defence union" during a keynote address to young officers of the German Armed Forces in Munich and warned Europeans against "dwarfing".

The statement echoed calls made by Macron and Merkel last year, that the EU should have a “real European army” independent of the United States and NATO to be able to defend itself from alleged threats emanating from Washington, Beijing, and Moscow. Eventually, Berlin and Paris started to build a joint aircraft and combat system and invited other European states to join.

Today’s NATO is ‘Shadow of Its Own Self’ - German MP