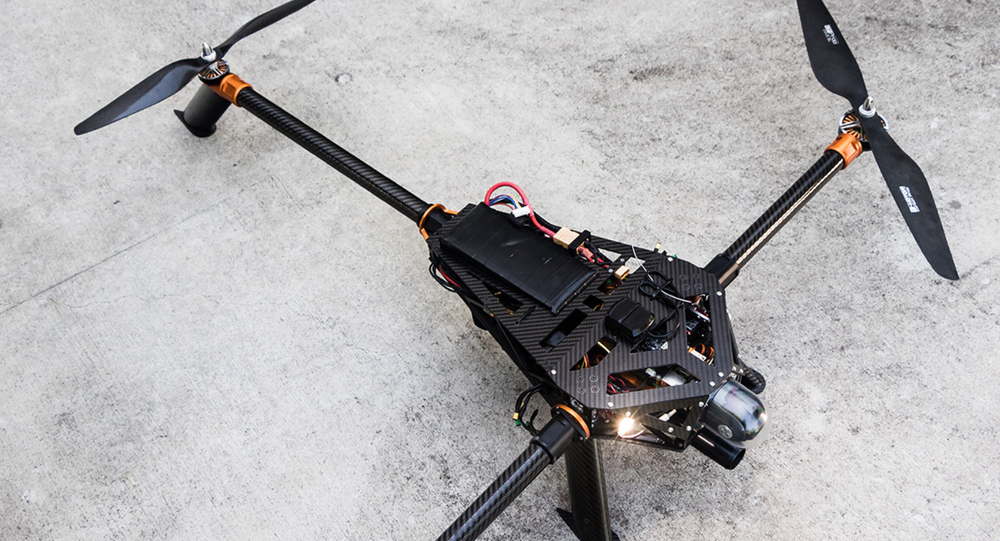 The US Army is testing a new armed hovering drone capable of being fitted with a variety of weapons, the most alarming of which is a 40-millimeter grenade launcher.

The Pentagon has been seeking a weapon capable of flushing enemy forces out of cover positions for years, testing a variety of weapons, including other kinds of armed drones. The latest project, a three-rotor drone produced by Australian startup Skyborne Technologies, can be fitted with existing US Army weaponry, including a grenade launcher and shotgun.

"One of the priorities, especially for the Infantry Center, is counter-defilade," Ed Davis, director of the Army Futures Command Maneuver Battle Lab at Benning, told Military.com. That means getting around an enemy hiding behind cover.

The 14-pound Cerberus GL unmanned aerial system (UAS) has a 22-minute flight time and can be fitted with three weapon systems: a “micro-munition” that looks like a small rocket, a 12-gauge shotgun for shooting down enemy drones, or a rotating, three-round, 40-millimeter grenade launcher, capable of being loaded with the same range of grenades as handheld launchers.

So the US Army is building a terrifying new weapon, the Cerberus GL "tactical fire support" drone that can be loaded with a "micro-munition," a 12 gauge shotgun, or a 3-round 40mm grenade launcher.

They're basically designing weapons for having to suppress urban revolts now. pic.twitter.com/Fascp0wQIl

​The Israel Defense Forces (IDF) have explored similar weapons in recent years, including one that can be mounted with a machine gun or grenade launcher, with the explicit purpose of using them in urban combat.

According to the company’s website, a unique property of the Cerberus GL that makes it more reliable than comparable systems is that the rotors can tilt, allowing the drone to aim the entire UAS at the target. This increases accuracy and decreases recoil.

Still, firing accurately from a hovering or moving drone poses problems. “If all we do is match a soldier’s accuracy, we already have a useful fire support platform,” Skyborne wrote on its website. “Better to keep our soldiers out of harm’s way.”

Some of the missions suggested by the website include shock tactics that force the enemy to give away their positions ahead of a ground assault; seek and destroy; counter-UAS; mine-clearing; counterterrorism ops by way of firing flash grenades through windows during a combined assault; and deployment of smoke grenades or tear gas by law enforcement faced with “an unruly crowd.”

The Queensland-based firm received several small grants from the provincial government’s small business support program, but only managed to raise sufficient capital to develop and manufacture the Cerberus GL this past May, when it got $2.45 million from an Abu Dhabi-based investor, Airforce Technology reported at the time.

“With the continued support from the Queensland Government, Skyborne will contribute towards the focus on strengthening Queensland’s defense and manufacturing industry,” Skyborne chief business officer and director Adrian Dudok told the outlet. “The export opportunities are endless, and we’ve received some serious interest from the US and Middle East.”

Skyborne notes the drone has “no specific defenses” against counter-UAS systems like drone-shield or other jamming systems, aside from encrypted communications, but it adds that “it’s highly unlikely that a modern adversary of the Australian Army and its allies would a) have access to the same EW drone jamming and hijacking devices that we do and b) always have them on standby.”

Some other options explored by the Army have included the cancelled XM25 program, a shoulder-fired weapon with programmable rounds that infantry testers nicknamed “The Punisher.” Military.com noted the weapon was expensive and complex and introduced new ammunition instead of making use of an existing system.

Another option in the opposite direction was an attempt to mount Vietnam-era M72 Light Anti-tank Weapon (LAW) recoilless rifles onto drones. The Pentagon has huge numbers of the single-use weapons in storage, since they have no moving parts

"We've got like 100,000 LAWs in the inventory," Davis told the outlet. "All you are trying to do is get that weapon further forward so you can shoot behind an obstacle. It worked pretty good."

Yet another option is the loitering munition, also known as a “kamikaze drone.” So far, these weapons have been used as either suicide UAVs or as flying bombs dropped from aircraft that are capable of loitering over the battlefield for an extended period of time before falling on their targets.

Anti-government militants in Syria have pioneered a similar weapon by attaching grenades to drones, the Russian Defense Ministry has reported. At times these weapons have been effective, but attacks against more heavily defended areas, like the Hmeymim Air Base, have been repeatedly repelled by air defenses.

Skyborne notes that a suicide drone might not be useful for many of the missions it anticipates the Cerberus GL being used for, and would certainly be less cost-efficient than a reloadable drone.