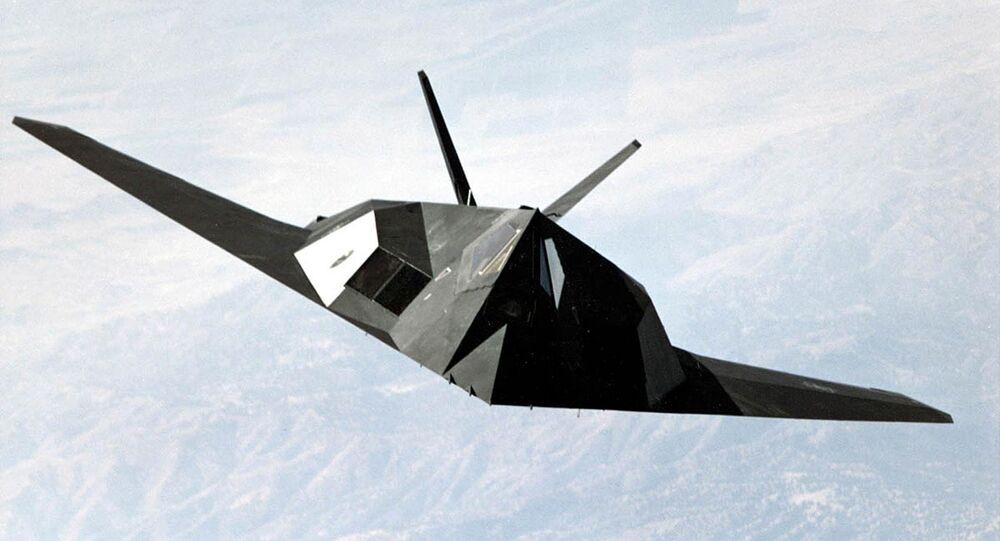 Even though the US Air Force’s F-117 Nighthawk stealth aircraft was retired from active service in April 2008, it’s still being spotted in action. Most recently, two of the stealth aircraft were captured on camera flying at the Tonopah Test Range military installation in Nevada last month.

Videos of the aircraft post-retirement first appeared in 2014. At the time, the Air Force revealed that the Nighthawk was maintained in a “Type 1000” storage at the Tonopah Test Range. According to Air Force Magazine, Type 1000 storage means that “an aircraft will be maintained in a condition where it can be recalled to duty and fly again.”

Videos of two F-117s flying together over the Tonopah Test Range were also published online in July 2016. In 2017, the Air Force announced that it was retiring the fleet permanently in accordance with the National Defense Authorization Act (NDAA) of 2017.

"We had to keep all the F-117s in flyable storage until the fiscal '17 NDAA gave us permission to dispose of them," a service official is quoted as saying to Military.com in 2017. "Once we have it, [Congress] doesn't let us get rid of anything, but do it in phases, like keep it in backup inventory, primary aircraft assigned, or flyable storage."

However, the October sightings are not the only ones that have been reported since the aircraft was retired permanently. According to a report by the Aviationist, an F-117 was “spotted on a trailer” in southern Nevada in 2017. However, the report notes that the “sighting was consistent with the plan of divesting one F-117 by the end of 2017; the rest to be withdrawn from use at a rate of four every year, beginning in 2018.”

In February, photographer Richard VanderMuelen also published photos he took of an F-117 flying near Death Valley in southern California.

The current uses for the F-117 remain unknown, although Air Force spokesperson Brian Brackens vaguely noted that they are sometimes used for “research activities.”

"On occasion, we will fly certain aircraft to support limited research activities," Brackens told the The War Zone in a recent email.