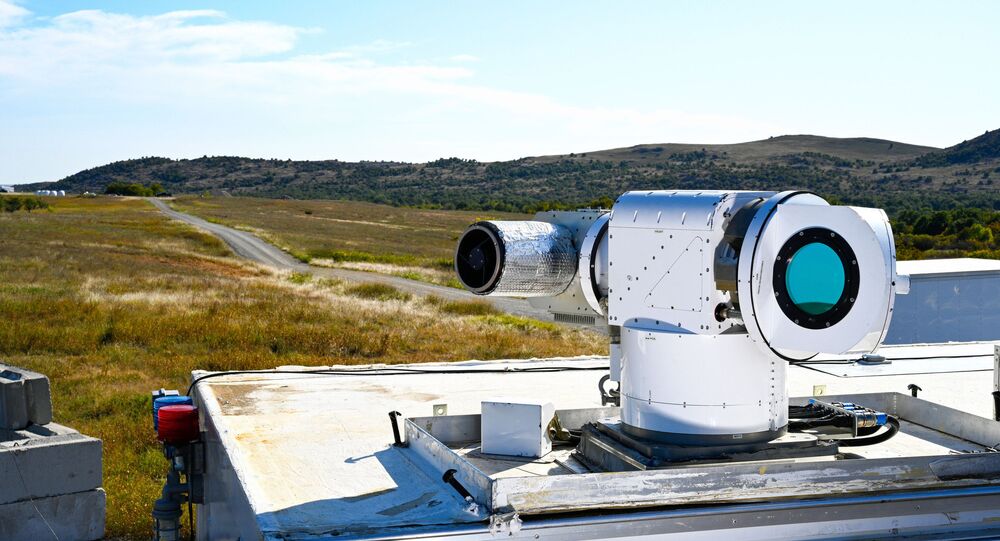 Several fixed-wing and rotary drones were engaged and taken down in a recent inaugural test of Lockheed Martin’s Advanced Test High Energy Asset (ATHENA) anti-drone laser system by the US Air Force.

US defense contractor Lockheed Martin announced Thursday that it recently wrapped a demonstration of the prototype ATHENA system in a “fully-netted engagement environment” with the US Air Force.

Despite this being the Air Force’s first experience with the anti-drone, defense weapon, airmen were able to operate ATHENA under the guidance of government command and control (C2) system and radar technology.

According to the release, ATHENA’s test run was successful and validated the system’s reported “full kill-chain performance” by taking down “multiple fixed-wing and rotary drones” at a government test range at Fort Sill in Oklahoma.

“The ATHENA high-energy laser system is transportable and therefore enables the Air Force to emplace it anywhere they need to defend bases and high-value assets,” the defense contractor explained.

The Air Force’s test marks the first major announcement concerning the anti-drone system since the August 2017 demonstration for the US Army at White Sands Missile Range in New Mexico. Footage released from that event in the month following showed ATHENA swiveling and rotating horizontally before striking a target with a magnified, 60-kilowatt spectral laser beam.

It’s unclear what kilowatt beam was used in the Air Force’s test.

"We've watched in recent news this type of laser weapon solution is essential for deterring unmanned vehicle type threats, so it's an exciting time for us to watch airmen compete Lockheed Martin's critical technology,” said Sarah Reeves, Lockheed Martin’s vice president of Missile Defense Programs. “ATHENA has evolved to ensure integration and agility are key and it remains an affordable capability for the warfighter.”

The release noted that the demonstration entailed “engagements representative of what is being encountered by US armed forces today.” Lockheed Martin has been vocal in its support for integrating the system with all US military branches, as it is suited for air, land and sea campaigns.

In addition to ATHENA’s latest round of testing taking place soon after US Army announced its 16-year modernization program to combat “malign actors” in Russia and China, it also comes weeks after Beijing’s Rainbow UAV Technology made notable strides in the unmanned combat sector by assembling its first Rainbow-4 armed drone at a new plant.