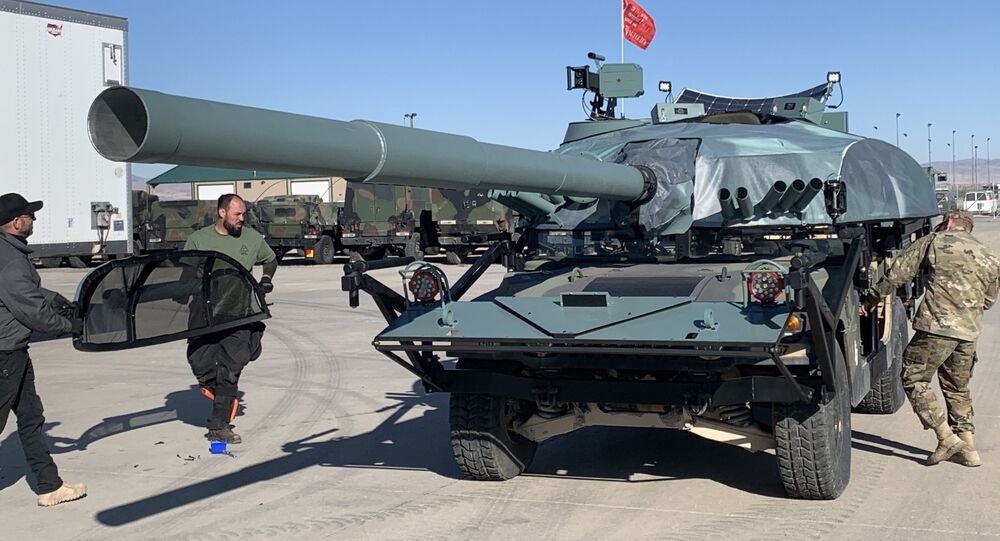 Hollywood special effects company Westefx has gone from having their work featured in James Bond movies to assisting the US Army in target practice with the delivery of dozens of visual modification (VisMod) kits that transform M1097 Humvees into fake Russian combat vehicles.

“Taking a look at how VisMods are done across the Army, I think these are the best I’ve ever seen,” said Maj. Aaron Ammerman, the XCTC program manager, in the October 28 release. “They will provide an exponentially more realistic threat signature for troops to train against as they do force-on-force exercises.”

Westefx, a Los Angeles-based special effects company that has worked on movies such as the James Bond series, “Men in Black II” and “Freddy vs. Jason,” was contracted to develop the battlefield training equipment back in 2018 by the National Guard Bureau. While the company has been tapped to create battlefield props and other equipment for an estimated 50 previous XCTC rotations over the past 10 years, its latest task breaks new ground for everyone involved.

Erick Brennan, the owner and lead designer of Westefx, explained in the Army National Guard press release that the kits - each weighing in at approximately 1,700 pounds - are designed to fit over the M1097 Humvee (also known as a High Mobility Multipurpose Wheeled Vehicle) chassis and inflate.

A total of 60 T-72 and BTR-90 kits are expected to be installed on Humvees at the Orchard Combat Training Center in Idaho.

Along with the physical appearance of the Russian combat vehicles, the VisMod kits also come with a gas-operated weapons system that mimics the firing of 50-caliber and 125-millimeter main guns.

“No enhanced battlefield training simulators can compare with the functionality, realism, durability and cost-effectiveness of this new VisMod vehicle,” Brennan noted. “They are pretty amazing and we are really proud of them.”

According to Doramus, the Army is saving a significant amount of money through the use of the Hollywood-made VisMod kits due to the service’s surplus of Humvees.

“A Humvee costs approximately $30,000 plus another maybe $5,000 to maintain for the year, whereas an M1A1 tank costs a lot more,” said Doramus. “It’s initial and maintenance expenses that make these kits a lot more cost-effective to do on Humvees than tanks or Bradleys. Plus the Army doesn’t just have 60 spare tanks sitting around somewhere.”

As of the date of the Army National Guard’s release, a team of engineers and mechanics at the Idaho facility had installed a total of 12 VisMod kits onto Humvees. Westefx is expected to construct and deliver another 48 kits over the next three years.