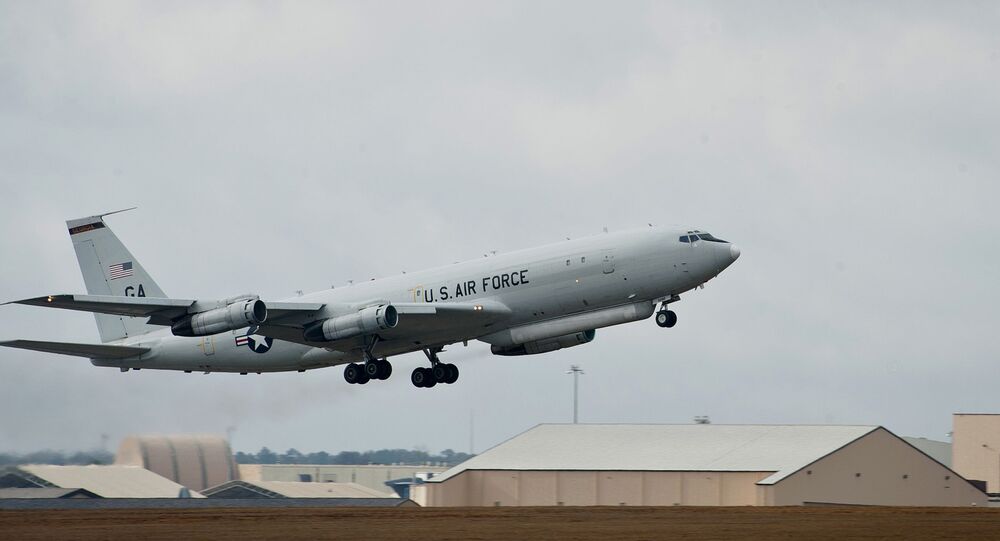 The US Air Force is finally bringing its E-8C Joint Surveillance Target Attack Radar System (JSTARS) aircraft home after an 18-year deployment to the Middle East. The communications and intelligence aircraft has been coordinating US military operations since 2002, but it’s becoming outdated.

“Team JSTARS' flawless deployment of the Joint STARS weapon system over nearly two decades is a textbook example of total force integration and joint force execution done properly,” said Brig. Gen. Thomas Grabowski, Georgia Air National Guard commander, in a press statement announcing the plane’s final mission. “They have set the gold standard in TFI and will continue to lead the way as they restructure to the new Advanced Battle Management System supporting the Air Force we need.”

A heavily modified Boeing 707-300, the JSTARS plane was extensively reconstructed to house instruments for battle management, command and control, intelligence, surveillance and reconnaissance. Its most notable change is a prominent, 27-foot-long radome under the fuselage that houses the side-looking phased array antenna, used for tracking moving targets on the ground.

Flying roughly 11-hour-long missions at a time, JSTARS soared over battlefields from its home base at US Central Command’s headquarters at Al Udeid Air Base, Qatar, providing extensive mission coordination for ground forces.

The press release notes that JSTARS flew every day since it arrived on station in 2002, totaling 10,938 sorties or 114,426.6 combat flying hours, and operated in support of “nearly every CENTCOM operation including Enduring Freedom, Iraqi Freedom, Freedom Sentinel and Inherent Resolve.”

"It is difficult to measure the kind of success our Team JSTARS airmen and soldiers achieved over the last 18 years; it can only be measured in lives not lost," Col. Konata Crumbly, 116th Air Control Wing commander and JSTARS aircraft commander, said in the press release.

While the JSTARS plane will continue to fly into the 2020s, its days are numbered. The Air Force once considered ordering 17 more aircraft, but prioritization has shifted to an on-the-ground base of operations at Robins Air Force Base in Georgia, to which JSTARS is now returning and where the rest of the 16-plane JSTARS fleet rests. The new system will be called the Advanced Battle Management System.

"Can we pull all that information to give a better picture of command and control, and be putting that on the ground instead of in the back of an airplane?" then-Air Force Secretary Heather Wilson said at a Center for Strategic & International Studies event in Washington, DC, in 2017, Military.com reported at the time. "They're very important to people on the ground to get air support where they need it, but they're only meeting 5% of the [combatant commander] requirement. They have to go back and refuel; there are only a limited number of airframes.”

An article in Defense News in July 2018 arguing in favor of ending the JSTARS program instead of just updating the aircraft noted that congressional foot-dragging on pressuring the Pentagon to invest in a newer, better system was motivated in part by “preserving jobs in certain congressional districts.”

“Some of this is about preserving jobs in certain congressional districts; it always is - a concept that needs to be identified as the albatross that it is. This is why earmarks got banned,” Defense News’ Jill Aitoro argued. “But it's also a reflection of members of Congress looking too near term. Invest in a new platform now, and restrict the Air Force's ability to invest in a more advanced platform later. Why would they bother? It would be a huge investment that would be near impossible to rationalize.”

The Air Force has used the Boeing 707 airliner as the basis for several other large airborne support platforms, including the E-3 Sentry airborne early warning and control aircraft and the E-6 Mercury airborne command post aircraft, also known as the “doomsday plane” because it would serve as the US president’s mobile command post in the event of a nuclear war, from which they would coordinate a military response to the attack.