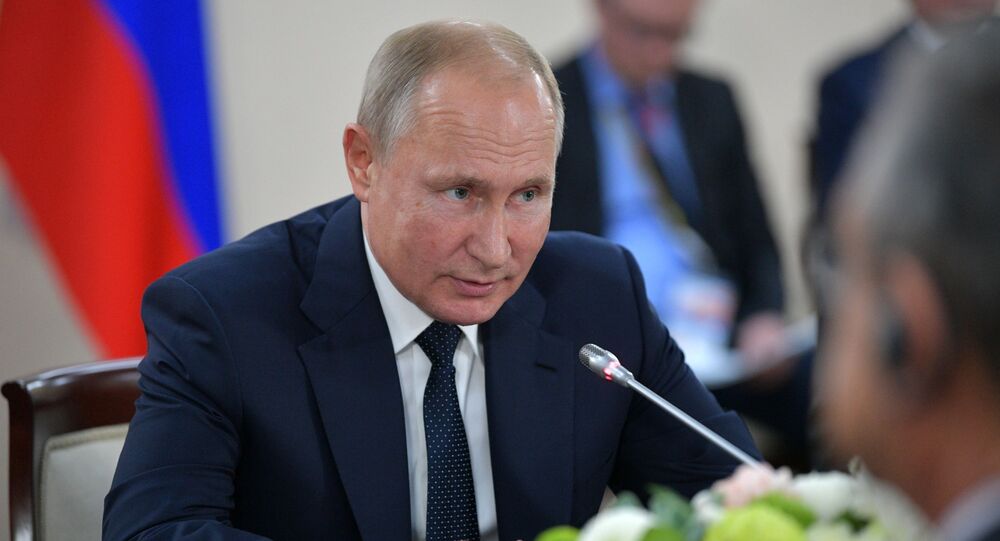 Russian Defence Minister Sergei Shoigu stated in October that the "real reason" prompting the US to withdraw from the INF Treaty is the restoration of Russia's defence potential, China's growing power and the expansion of military-technical cooperation between the two countries.

Russia is going to boost its defence potential and deploy modern weapons in combat duty, but this is not cause for Russia to threaten anyone, Russian President Vladimir Putin has stated.

"Our army and navy have proved their highest readiness, and we intend to build up our defence capabilities, put hypersonic and laser combat systems on the ready, as well as other modern weapons that other countries do not yet have", Putin said at a meeting with senior officers and prosecutors on the occasion of their promotion to higher posts and their assignment to the highest military special ranks.

According to the Russian president, Moscow is ready to do whatever it takes, to "push the disarmament process, taking into account our latest weapons systems, whose sole task is to guarantee our security, given the growing threats to us".

The statement comes after US Defence Secretary Mark Esper noted that Moscow and Beijing would challenge Washinton's supremacy on the battlefields of the future, by vigorously pursuing Artificial Intelligence (AI) military programmes, and the United States must not lag. Esper compared the new great powers' competition to the Cold War-era space race when the United States was initially astonished by Soviet advances such as the launch of the Sputnik satellite but later caught up in the space race.

Over the last several decades, Russia has been actively modernising its military capabilities in all spheres, including electronic warfare, submarine and air defence, and it also maintains the world's largest operational nuclear stockpile, according to former US Director of National Intelligence Dan Coats.