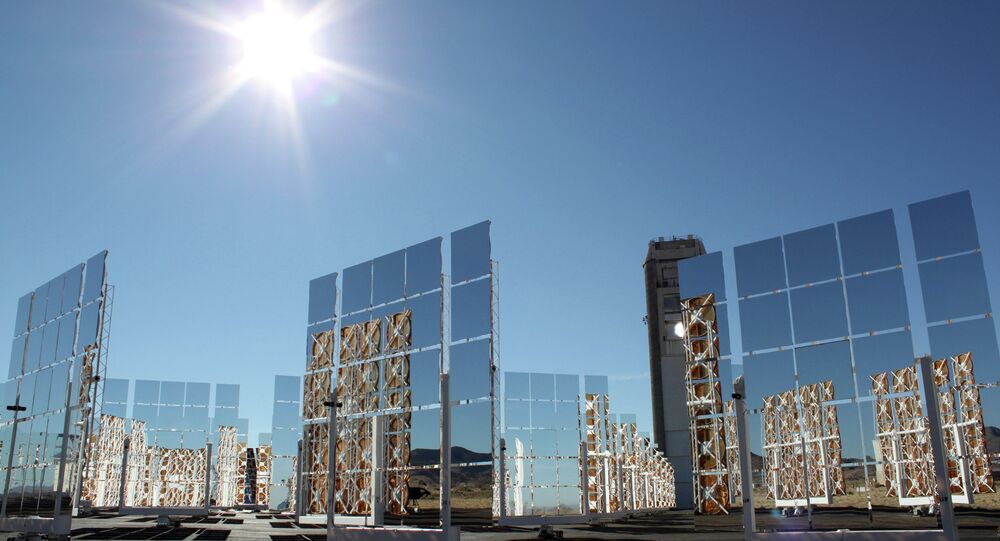 The Air Force Research Laboratory (AFRL) in Albuquerque, New Mexico, in partnership with Northrop Grumman, is reportedly designing a sophisticated orbital technology that would allow the collection of enormous amounts of solar energy in space before beaming it down in concentrated form to remote US bases during military operations.

“Energy is a strategic enabler and potential vulnerability for our nation and our Department of Defence ... To ensure DOD mission success, we must have the energy we need at the right place at the right time”, Col. Eric Felt, director of AFRL’s Space Vehicles Directorate said, cited by Stars & Stripes.

According to the demonstrations manager for the project, Maj. Tim Allen, cited by the media outlet, specialists are designing an elaborate system consisting of a constellation of satellites with solar panels consisting of about 10,000 square meters - almost the size of two football fields.

“This whole project is building toward wireless power transmission ... The beams are electronically steered so we can put them down in specific locations and keep them steered there without having to turn some large array”, said Allen, cited by the media outlet.

Developers said that the project would not solely be used for military purposes.

“This technology was first looked at in the 1960s or so, and it wasn’t cost-effective then [...] Now we’re going down the route to building some experiments to find out if it is cost-effective. If we find that it is and we start producing this operational capability, I believe the commercial industry will be happy to mimic what we’re doing and start providing this power commercially and not just for the military”, Allen said, cited by Stars & Stripes.

According to the SSPIDR developers, the technology would provide solar power through weather, regardless of latitude, and regardless of day and night.