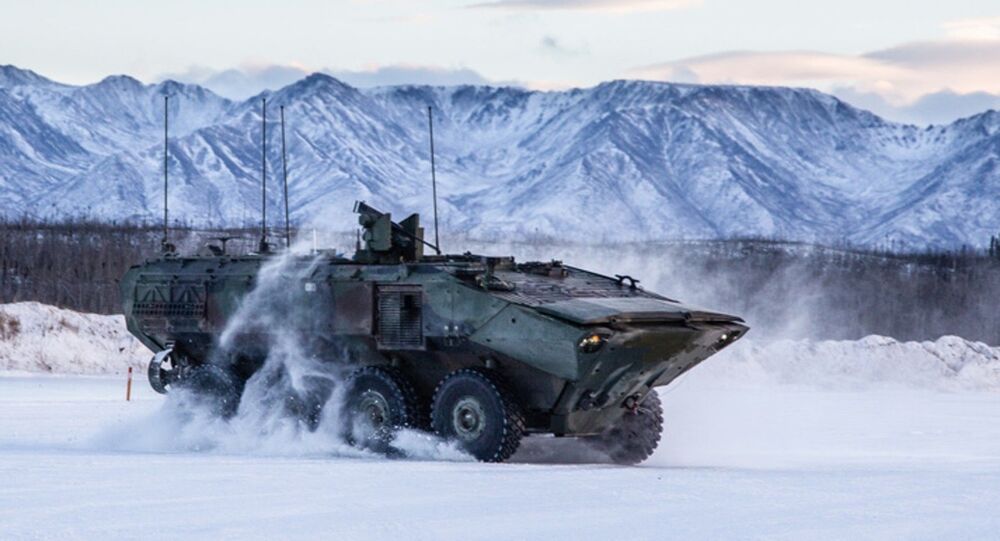 The US Marine Corps (USMC) has awarded BAE Systems a $120 million contract that seeks to acquire 30 new Amphibious Combat Vehicles (ACV) - marking the service’s third bulk order of the vehicle ahead of upcoming operational tests.

BAE Systems Land & Armaments Inc., a US-based subsidiary of Britain’s BAE Systems, announced last week that, along with IVECO Defense Vehicles, it had reached “an important next step” for the full-rate production of its “ACV personal carrier variant (ACV-P)” for the USMC after receiving a $119,938,228 contract from the military branch.

“This award further validates the Marine Corps’ confidence in the vehicle’s proven capability in meeting their amphibious mission, and represents an important step toward fielding the vehicle in the Fleet Marine Force,” John Swift, BAE Systems’ director of amphibious programs, said in the October 30 release.

“The ACV is a highly mobile, survivable and adaptable platform designed for growth to meet future mission role requirements while bringing enhanced combat power to the battlefield.”

According to the release, the ACV-P is an eight-wheeled assault vehicle “capable of transporting Marines from open-ocean ship to shore and conducting land operations.” This particular variant is designed to carry up to 16 people - three crew members and 13 passengers.

While the company plans on expanding the latest generation of the ACV family to include variants with command and control systems (ACV-C), 30-millimeter turrets (ACV-30) and recovery upgrades (ACV-R), the ACV-P is the primary focus at the moment during low-rate initial production (LRIP).

Military.com reported BAE Systems was instructed to not disclose how many vehicles would be delivered to the USMC as part of the agreement. However, an October 29 contract announcement from the US Department of Defense noted the nearly $120 million in funds were designated “for the purchase of 30 Amphibious Combat Vehicles.”

This contract marks the USMC’s third award to BAE Systems and IVECO since it first began to acquiring the ACV-P through LRIP in 2018.

The DoD also revealed the 30 ACVs would be delivered by January 2022. Prior to their delivery, the USMC will launch the initial operational test and evaluation (IOT&E) stage in July 2020 to assess the vehicle’s usefulness and ability to replace the Marines’ aging Assault Amphibious Vehicle, which has been in service since 1972.

“IOT&E is sort of like a dress rehearsal for the system. Marines will operate the vehicle in realistic environments and go on realistic missions so that we can evaluate the operational suitability and effectiveness of the system and see if it does what we want it to do in the way we want to do it,” Maj. Scott Jennings of the Marine Corps Operational Test and Evaluation Activity authority said in an October 3 USMC release.