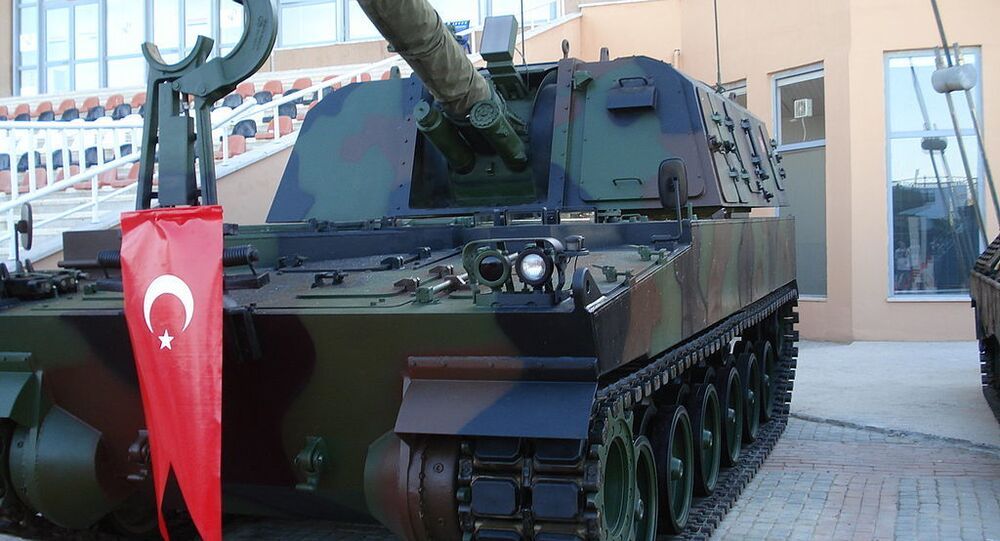 The strike reportedly blew off a howitzer turret, throwing it several metres from the vehicle. There is still no information about the clash in which the incident occurred, or about the fate of the Turkish crew.

Numerous social media users have shared a photo of a Turkish T-155 Fırtına self-propelled howitzer that was allegedly destroyed by a Metis-M anti-tank missile system, Rossiyskaya Gazeta reported on Tuesday.

According to the Russian newspaper, the vehicle was hit by a missile during clashes between the Turkish Army and Kurdish-led militia in northern Syria.

Turkish officials, however, have not commented on the photo, so there is currently no way to confirm its authenticity.

The T-155 Fırtına (Storm) howitzer is based on the K9 Thunder, designed by Samsung Techwin for the South Korean Army. Fırtına is almost 3.5 metres (over 11 feet) high and is usually operated by a five-person crew.

The 9K115-2 Metis-M (NATO reporting name "AT-13 Saxhorn-2") is a Russian anti-tank missile system, designed in Russia in 1992 that launches missiles with an operational range of up to 1.5 km (almost one mile), and has been widely used by various factions during the Syrian Civil War