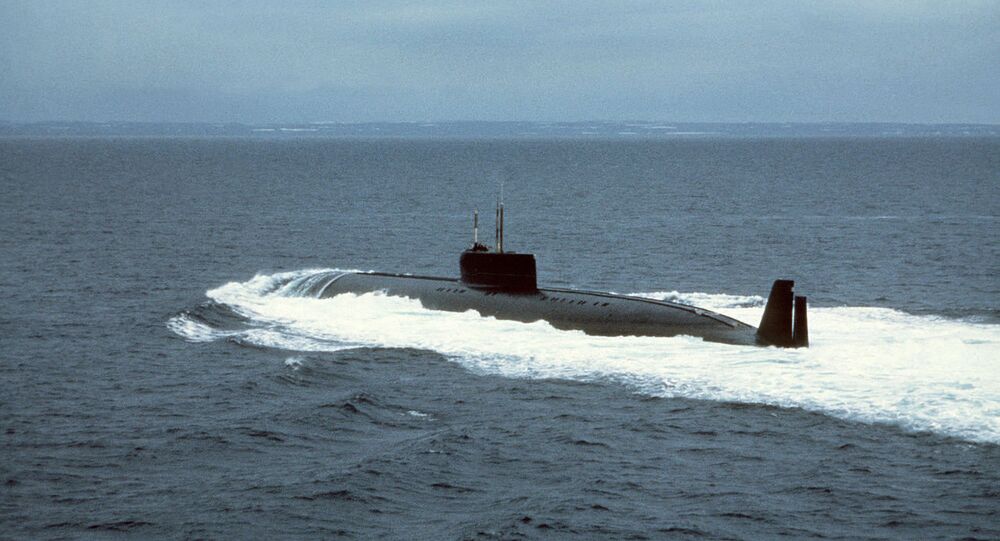 Back in 1954, the US launched the world’s first nuclear-powered submarine, the USS Nautilus. The then-Soviet Union followed suit in 1958 when it rolled out its first atomic submersible, the K-19.

In an article published by Forbes on Sunday, contributor H.I. Sutton focused on how the number of countries operating nuclear-powered submarines may change in the immediate future.

“Today the number of countries operating nuclear-powered submarines is the same as it was 30 years ago at the end of the Cold War”, the article “Nuclear Submarine Game Changer: New Countries To Go Atomic” reads.

It recalls that “a new era of submarine warfare” was ushered in on 17 January 1955, when the captain of USS Nautilus, the world’s first atomic sub, reported "Underway on nuclear power."

The author of the article claims that with more navies “thinking nuclear”, the situation “looks set to change” the current balance of power when “those same six countries are still the only ones operating nuclear-powered submarines”.

The top-three list includes the US, Russia and China which have 70, 41 and 19 such subs, respectively, with Britain, France and India coming hard on their heels.

The Cold War saw some other countries’ unsuccessful attempts to develop indigenous nuclear-powered submarine programmes in the 1960s, Sutton notes, referring to Sweden and Italy.

While those programmes “did not survive to fruition”, a new wave of interest among several navies is on the rise.

“Brazil and South Korea are the safest bets for who will come next. And several other navies have either voiced an intention, or are worthy of speculation,” he added.

Brazil's nuclear submarine programme includes the development of the Alvaro Alberto vehicle, due to be commissioned by 2029, while South Korea has yet to firm up such a programme , the author says, adding that “Seoul does have a vibrant submarine building capability so it’s not unrealistic”.

Another “reasonable bet” is Australia even though officially, it does not have plans to build nuclear-powered submarines, according to Sutton.

“It can be argued that nuclear-powered submarine would be better able to cover the long patrol distances involved. And to meet the expanding Chinese Navy on a level. If they do go nuclear then they would, like Brazil, likely also turn to France for help,” he said.

Last but not least is Iran, which Sutton recalls informed the International Atomic Energy Agency (IAEA) last year about its intention to “construct naval nuclear propulsion in the future.”

The author says that such a drive is reasonable given that “Iran does have a local submarine building industry and has launched a series of successively larger submarines” in the past couple of years.

However, “the level of technology displayed is far behind many other countries and it is hard to foresee Iranian nuclear-powered submarines any time soon,” he argues.

Sutton concludes by pointing to the fact that nuclear propulsion technology has already “been around for nearly 70 years” which is why “it’s not unassailable for new players.”

#OTD in 1961 the K-19 was commissioned. It became the first Soviet nuclear submarine equipped with nuclear missiles. #ColdWar pic.twitter.com/wkCJlFUcFd

“So maybe it’s a question of ‘when’ rather than ‘if’ other navies join the [the nuclear-powered submarine] club,” he concludes.