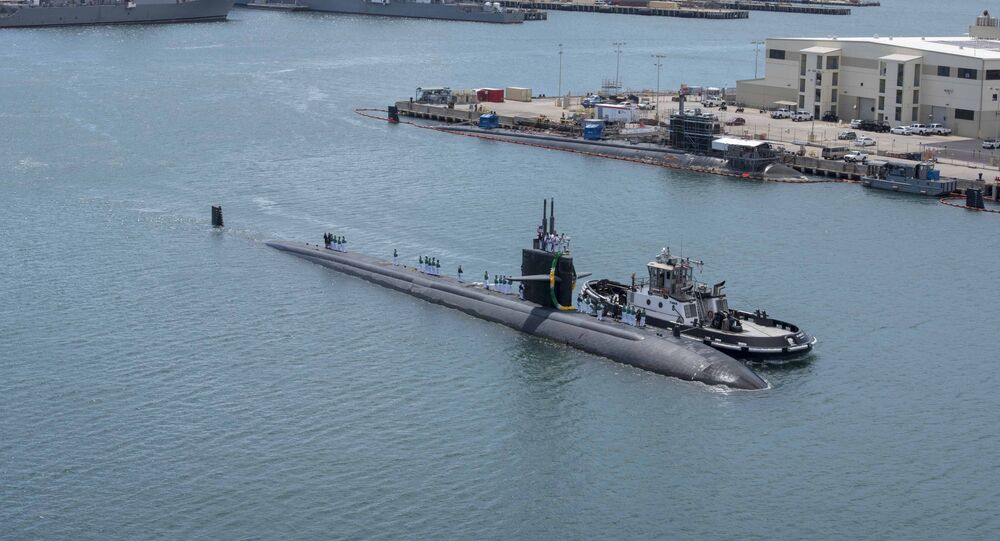 The Los Angeles-class, nuclear-powered fast attack submarine USS Olympia (SSN-717) is now retired from the US Navy after concluding its monthslong, around-the-world tour earlier this year.

The Olympia entered port for the final time on October 29 after concluding its seven-month, global voyage through the Earth’s oceans. The nuclear-powered attack sub’s arrival at the Naval Base Kitsap in Bremerton, Washington, marked the end of the longest-serving US submarine’s 35-year career and the beginning of its decommissioning process.

The USS Olympia is making its final journey into Bremerton. The fast-attack submarine, named for our state capital, will be decommissioned here. I’ll be pier-side for its arrival. More to come. pic.twitter.com/Vo3fzzejrX

“We are very happy to bring Olympia back to Washington, so that we can continue to build and foster the relationships that have been around since her commissioning,” Benjamin J. Selph, commanding officer of the Olympia, said, as reported by the Kitsap Daily News. “The city loves the ship, and the ship loves the city. I am glad we have such amazing support as we bid this incredible submarine farewell.”

Commissioned on November 17, 1984, the vessel was the US Navy’s longest-serving submarine, with nearly 35 years of service.

While the Olympia’s home port was located in Hawaii’s Pearl Harbor, and the vessel was routinely scheduled for western Pacific deployment, it recently completed a seven-month, around-the-world deployment in which it conducted “operations to support national security,” noted a Navy news release.

The Navy reported that the mission, which concluded in September, took the crew to several locations, including ports in Gibraltar and Souda Bay, Greece.

“Our submarine force operates globally with allies and partners to ensure high-end warfighting capability in this era of great power competition," Rear Adm. Blake Converse, commander of the Submarine Force for US Pacific Fleet, said in the release.