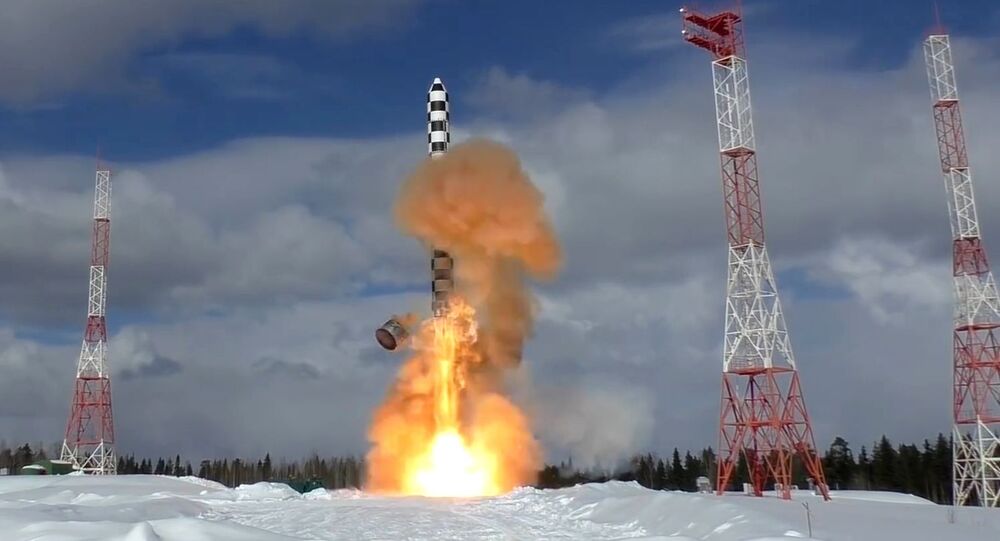 It's expected to replace the aging Soviet R-36M2 missile (NATO reporting name – Satan), which was considered at time to be a top-of-the-line intercontinental missile capable of carrying up to 10 MIRV warheads.

The Russian Defence Ministry will be conducting the first test launches of the brand-new RS-28 Sarmat intercontinental missile (NATO reporting name: SS-X-30) at the beginning of 2020 from a silo at the "Plesetsk" launch site, Russia’s Vedomosti newspaper reported, citing two anonymous sources. The military is reportedly planning to conduct at least five tests.

Almost invincible to radar defenses, when it comes to Military Might, they (Russia) don't play!! pic.twitter.com/SFCzIe6TRS

If these are successful, the new missile systems will be delivered to the Russian Armed Forces starting in 2021, the newspaper pointed out, citing sources. The Defence Ministry hasn't commented on the report.

The new missile, first announced by President Vladimir Putin on 1 March 2018, is being developed as a replacement for the aging R-36M2 missile (NATO reporting name – Satan), developed back in the USSR. Unlike its predecessor, which is capable of carrying up to 10 multiple independently targetable reentry vehicles (MIRVs) – several warheads carried by a single missile, the Sarmat will be able to deliver between 10 and 24 MIRVs.

The RS-28 is also expected to replace the R-36M2 missile as a carrier for the Avangard hypersonic glide vehicles (HGV), which are capable of carrying either conventional or nuclear payloads. The warhead was developed with the aim of penetrating even the most sophisticated enemy air-defences, making use of its high speed and ability to manoeuvre mid-flight – resulting in its trajectory hard to predict.