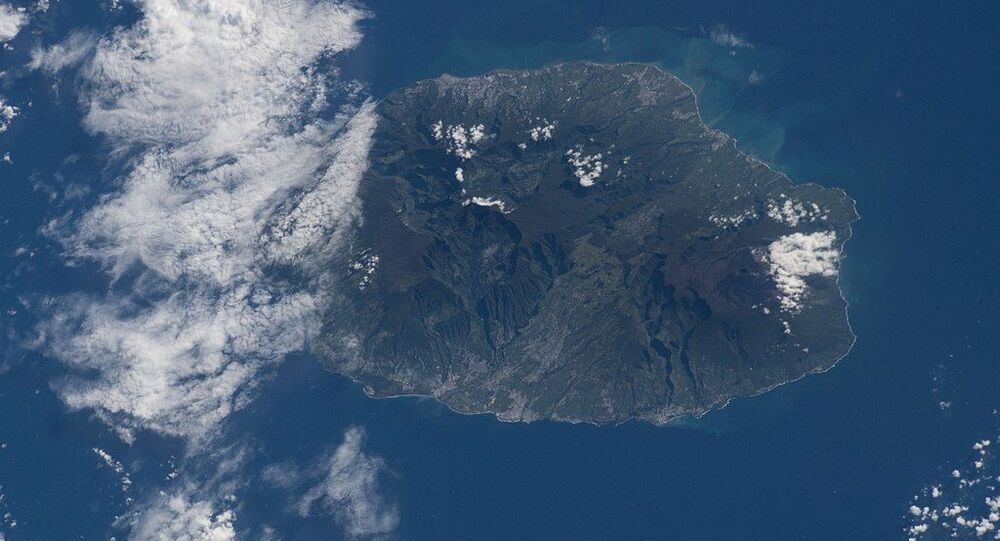 New Delhi (Sputnik): The move comes as part of of a broader political understanding between India and France to have closer maritime cooperation in the southern Indian Ocean, where the latter administers the islands of Réunion, Mayotte and the French Southern and Atlantic Lands.

French President Emmanuel Macron has revealed that India will deploy a naval aircraft on the Island of Reunion as part of a joint surveillance mission with France in the southern Indian Ocean region.

Undertaking a presidential visit to French overseas territories last week, Macron used the platform of the "Choose La Reunion" Forum to highlight his government's desire and intention to attract investment and establish links with business entities in India and Africa.

"We are working very closely with India. In the first quarter of 2020, a patrol aircraft from the Indian Navy will be deployed at Reunion to participate in surveillance missions," Indian news website The Wire quoted Macron as saying.

The French president also emphasized the strategic importance of Reunion in the Indian Ocean Region (IOR) and the need for it to be positioned within the axis of the African and Indian subcontinents.

During his visit to India last year, Macron and Indian Prime Minister Narendra Modi unveiled a joint strategic vision of both countries for the Indian Ocean region. Both sides then had signed an agreement for the "Provision of Reciprocal Logistics Support" that would allow bilateral access to both country's military facilities.

Access to French southern Indian Ocean territories would mean more extended deployment missions for the Indian Navy, which it would be keen to accept to counter China's growing naval presence in the area.

India and France have accepted that they have a common strategic agenda for the Indian Ocean region, in terms of carrying out maritime surveillance, ensuring that marine areas are protected and agreeing on a joint agenda to prevent hegemony or intrusion.

The French government is hoping that enhanced cooperation with India will result in it having a greater collaboration in the Indian Ocean Rim Association (IORA), a key regional body.

India has welcomed France's "enhanced participation" in the IORA, while the latter is supportive of New Delhi taking on an observer's role in the Southern Indian Ocean-centric Indian Ocean Commission (IOC).

Macron said France is working with its Indian Ocean partners to preserve the region's rich biodiversity.

Without naming China, he described that country as a "predatory power" indulging in industrial fishing and causing depletion of fish stocks without providing economic benefit to the area.

India has been tracking the presence of Chinese fishing boats in the southern Indian Ocean.