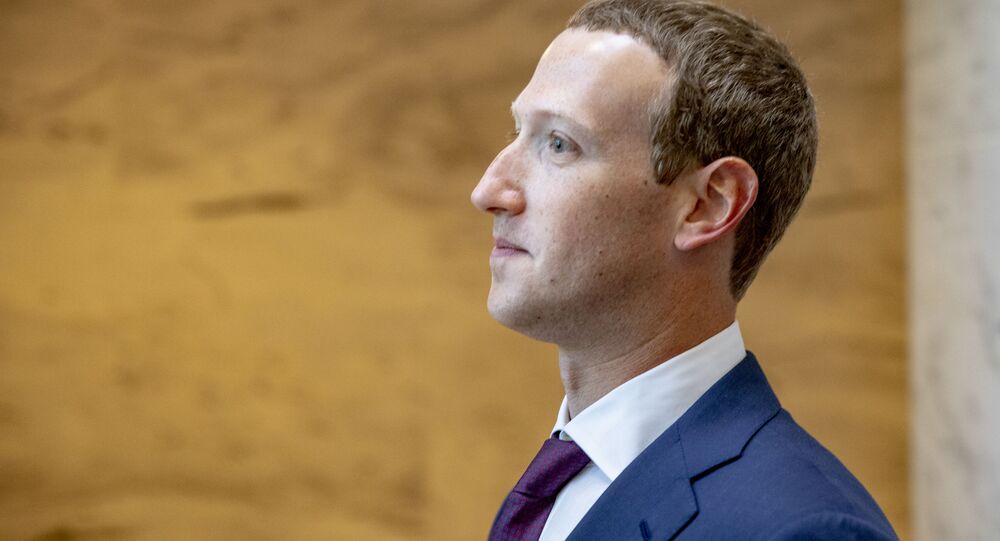 The Facebook founder and chief was answering questions at a House of Representatives hearing regarding the launch of his social network’s cryptocurrency project, Libra.

“I get I’m not the ideal messenger for this right now. We’ve faced a lot of issues over the past few years and I’m sure there are a lot of people who wish it were anyone but Facebook helping to propose this,” he said.

Ocasio-Cortez said it was vital to “dig into” the past behaviour of both Zuckerberg and Facebook “with respect to our democracy” in order for lawmakers make informed decisions about Libra, before asking when precisely Zuckerberg first learned of Cambridge Analytica’s operations. Zuckerberg and other Facebook executives have previously declined to disclose when they found out the company was harvesting and selling user data, although internal Facebook correspondence released in 2019 as part of a lawsuit suggested executives knew of potentially improper data collection by the company as early as September 2015.

The firm harvested Facebook user data through a ploy concoted by Cambridge academic Aleksandr Kogan. He crafted a ‘Test Your Personality’ app, and promoted it by paying users US$2–4 to install it on Amazon’s Mechanical Turk crowdsourcing site. In all, 270,000 users installed the app, but the resource ended up collecting data from 50 million profiles due to a Facebook feature dubbed ‘friends permission’ that allowed developers to access the profiles of not only the person who installed an app, but all their friends too.

However, contrary to mainstream media reporting, the data collected wasn’t internal Facebook data – ie the vast trove of information Facebook maintains on all users – but what users made publicly available to their friends on the social network, for instance their ‘likes’, birthday, relationship status and location.

Be still my beating heart..@aoc asks Zuckerberg the question. I & others (notably @jason_kint) have been asking for a loooong time. When exactly did he first learn about Cambridge Analytica? Tell me, does this sound like a convincing answer to you?

​In any event, while extremely popular with developers, the feature caused significant controversy with privacy advocates, leading Facebook to drop the feature in 2015. Sandy Parakilas, an ex-Facebook manager, has claimed “tens or maybe even hundreds of thousands of developers” were making use of the feature before it was discontinued.

Ocasio-Cortez went on to probe Zuckerberg on Facebook’s updated policy on exempting political advertising from fact-checking. On 3rd October, Facebook’s policies in respect of ‘misinformation’ on its platform were quietly revised – previously any and all “ads, landing pages, and business practices” were prohibited from sharing “deceptive, false, or misleading content” or making “deceptive claims, offers, or methods”. Now, Facebook merely proscribes ads including “claims debunked by third-party fact checkers or, in certain circumstances, claims debunked by organizations with particular expertise”.

The Democratic legislator duly asked if she could pay to advertise an incorrect election date to people in a primarily black area, among other speculative scenarios.

“Do you see a potential problem here with a complete lack of factchecking on political advertisements?” Ocasio-Cortez enquired.

Zuckerberg said Facebook supports removing political content in cases of violence or of census or voter suppression, but wasn’t clear on whether the company would remove outright lies if they were contained in political advertisements.

Facebook’s seeming reluctance to properly police political advertising was affirmed 24th September by Nick Clegg, former Liberal Democrat leader and Facebook’s VP of Global Affairs and Communications, in a speech at the Atlantic Festival discussing the company's efforts to battle interference and misinformation in advance of the November 2020 US presidential election. While stating Facebook has more stringent rules on advertising than it does for “ordinary speech and rhetoric”, he also noted the company doesn’t “submit speech by politicians” to fact-checkers, and “generally allow it on the platform even when it would otherwise breach our normal content rules”.