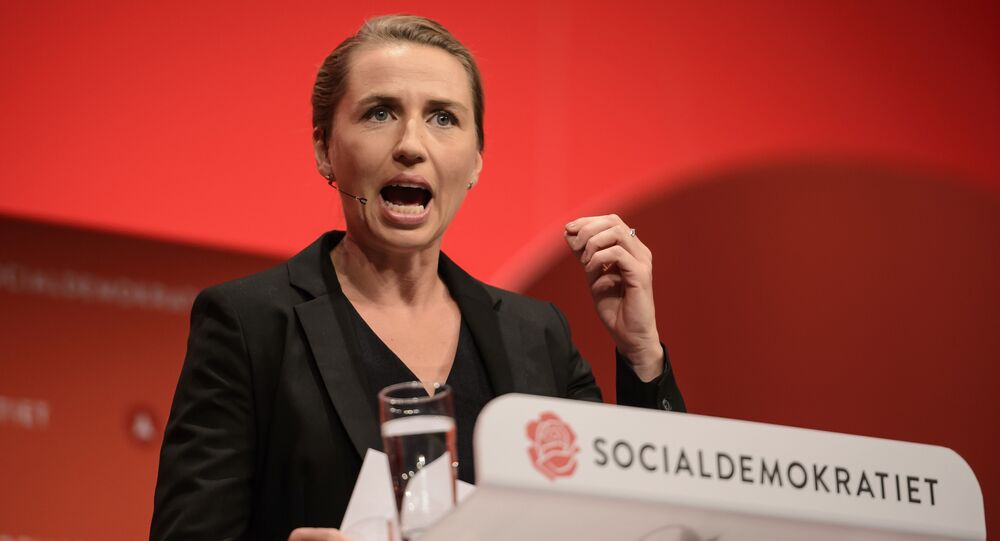 Earlier this week, Germany's ruling party, the Christian Democratic Union (CDU), proposed sending a joint European army of 30,000 to 40,000 soldiers to set up a security zone in Syria.

The Danish government is open to supporting Germany's idea and sending European soldiers to Syria to secure peace at the border with Turkey, Social Democrat Prime Minister Mette Frederiksen has stated.

"There is a long way from this talk to making an actual decision, and of course we will engage in dialogue with our allies both in Europe and in particular in NATO, but the idea that Europe should play a more active role seems basically good, maybe even necessary, too", Mette Frederiksen said, as quoted by TV2.

"There are still terrorists and people who do not want democracy and who are willing to commit brutal assaults. We have to keep in mind that this challenge still exists, and that struggle is part of Denmark. This is also why we are present in both Afghanistan and Iraq. And it is of course with these optics in mind, that we must consider what is happening in Syria", Trine Bramsen said, as quoted by Jyllands-Posten.

Earlier this week, German Defence Minister, Annegret Kramp-Karrenbauer, called for a joint European force to be sent to northern Syria, its goal, to guarantee a "security zone" along the Turkish border, following two weeks of Turkey's Operation Peace Spring in the area.

Kramp-Karrenbauer and her party, the Christian Democratic Union (CDU), would like to see a joint European army of 30,000 to 40,000 soldiers and will attempt to push it through during upcoming NATO meetings.

Shortly after that, Lars Løkke Rasmussen called the proposal an "interesting German idea".

"Interesting German idea of a European force in a security zone on Syria's northeastern border. This should be seriously considered, including Danish participation. Trump's failing the Kurds in our joint fight against [Daesh]* calls for action", Løkke Rasmussen tweeted.

​Subsequently, Lars Løkke Rasmussen was asked whether a UN force was preferable to a pan-European effort.

“You will never – among other things because of Russia – obtain a UN mandate for such an action. And no, Europe has no army, but the European countries do”, Løkke responded.

​​During his tenure as Denmark's prime minister, Løkke Rasmussen was instrumental in deploying Danish F-16 aircraft during the war in Libya.

Earlier this week, Russian President Vladimir Putin and his Turkish counterpart Recep Tayyip Erdogan adopted a memorandum to resolve the situation on the Syria-Turkey border. According to the document, Russian military police and Syrian border guards will facilitate the withdrawal of Kurdish militants from a 29 km zone along the border within 150 hours starting from 23 October.

Russia, meanwhile, sees no need to create a safe zone under international control in northeastern Syria. The Russian Foreign Ministry explained that Germany suggested the initiative to create an internationally controlled zone inside northern Syria before the meeting between Putin and Erdogan in Sochi, where "fateful decisions were made".