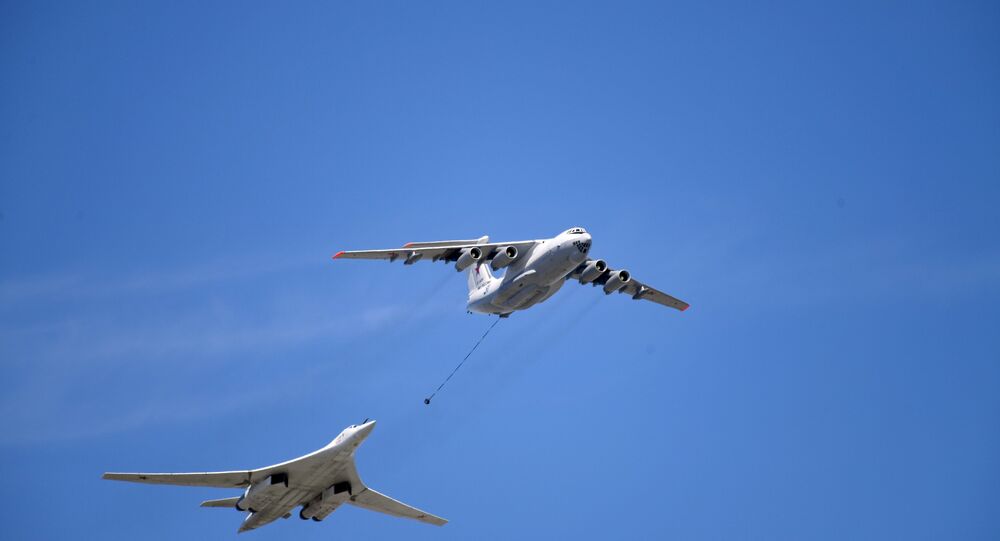 Russia’s Tu-160 strategic bombers are capable of conducting extremely long-range sorties and can travel even further by refuelling in the middle of a flight.

The Russian TV channel Zvezda has published a video of a Russian Tu-160 strategic bomber (NATO reporting name "Blackjack") refuelling on its way to South Africa. The footage shows how the "White Swan" slowly docks with an Il-78's (NATO reporting name "Midas") drogue at a speed of several hundred kilometres per hour.

The whole process occurs amid a scenic sunrise in an unknown location along the bomber's route to Africa. According to the channel, the jet passed over the Caspian and Arabian Seas, as well as the Indian Ocean as it was flying to its destination in South Africa. Upon entering South African airspace, it was met by the country's Saab JAS 39 jets.

Tu-160 strategic bomber, dubbed the "White Swan" due to its huge white-coloured wings, is one of the biggest bombers in the world. It was developed back in the 1970s in the USSR, but entered service in the Air Force only in 1987. It's capable of reaching speeds of up to 2,200 kilometres per hour, or Mach 2.05, and can stay in the air for as long as 25 hours.