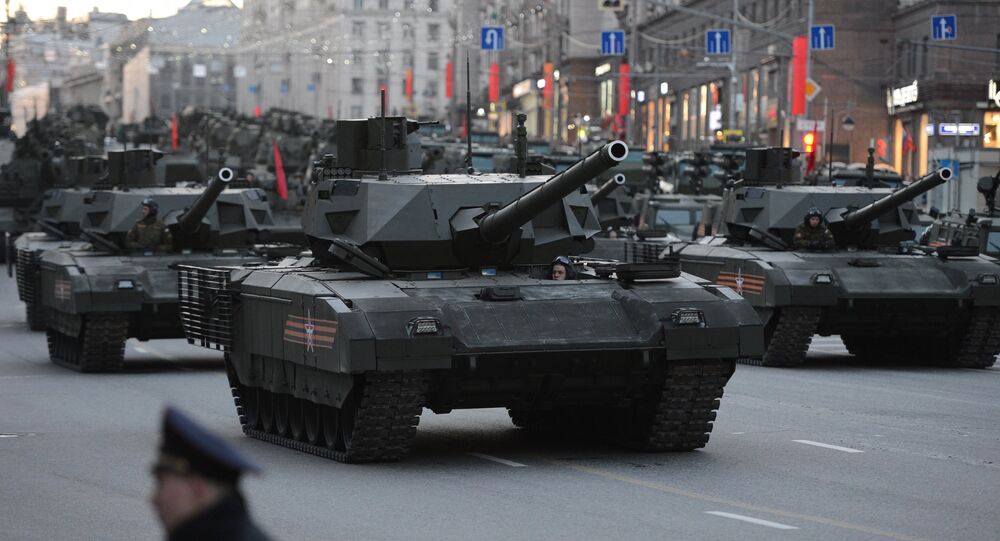 The T-14 Armata is a new generation battle tank fitted with a 1500 hp diesel engine and equipped with Malachit dual-explosive reactive armour. According to The National Interest, the combat vehicle has been deemed as "potentially the most dangerous tank in the world".

The daily mentioned the Russian tank in relation to joint attempts by Germany and France to develop a new combat vehicle that will replace their Leopard and Leclerc tanks, respectively.

According to the author of the article, their joint cooperation could be overshadowed by a disagreement on the installation of a cannon that the new tank will be equipped with.

German defence contractor Rheinmetall has developed a 130 mm calibre weapon to replace the old one with a smaller calibre.

Both companies argue that their weapons are the most suitable for the jointly-developed German-French tank.