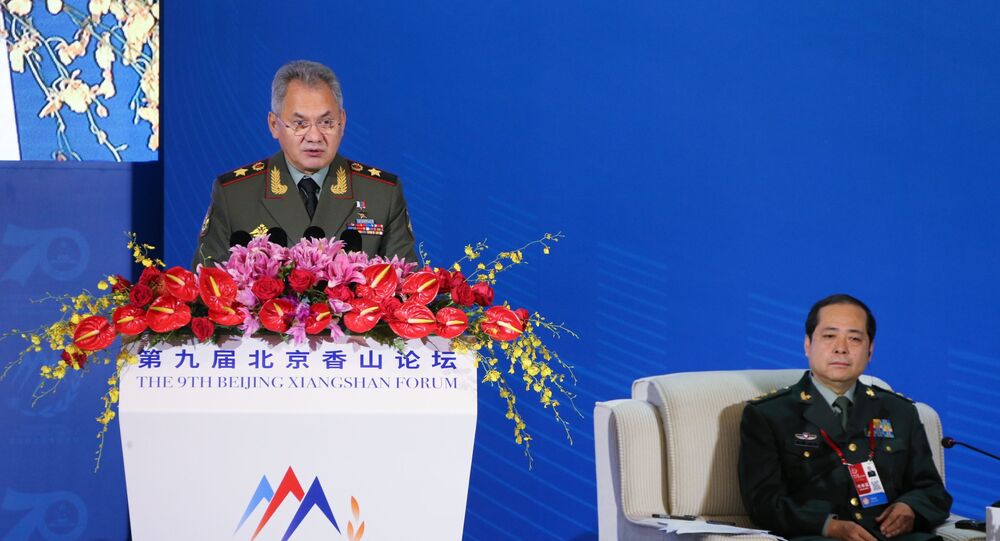 BEIJING (Sputnik) - There is a chance that the United States may deploy in the Pacific Rim its short-medium and intermediate missiles, previously banned by the Intermediate-Range Nuclear Forces Treaty (INF), as a provocation, Russian Defence Minister Sergei Shoigu said on Monday.

"There are reasons to assume that the US striking forces, previously banned by the Intermediate-Range Nuclear Forces Treaty, are highly likely to be deployed in the Pacific Rim and Europe to provoke tensions. Such a decision will inevitably lead to an arms race, a growth of the conflict potential will increase the probability of incidents," Shoigu said, speaking at 9th Xiangshan Forum on security.

He noted that the countries that would agree to the deployment of US missiles on their territory were to become hostages of US foreign policy, which Russia found objectionable.

"We are ready to have a dialogue to preserve regional stability, and develop measures of trust and cooperation with all interested sides," he added.

The United States withdrew from the INF Treaty on August 2, citing alleged Russian violations as an excuse, along with the reluctance of other countries, including China, to join it. The decision drew considerable criticism from Russia and other countries.

The INF Treaty, signed by the United States and the Soviet Union in 1987, banned all short-medium (310–620 miles) and intermediate (620–3,420 miles) range ground-launched missiles.