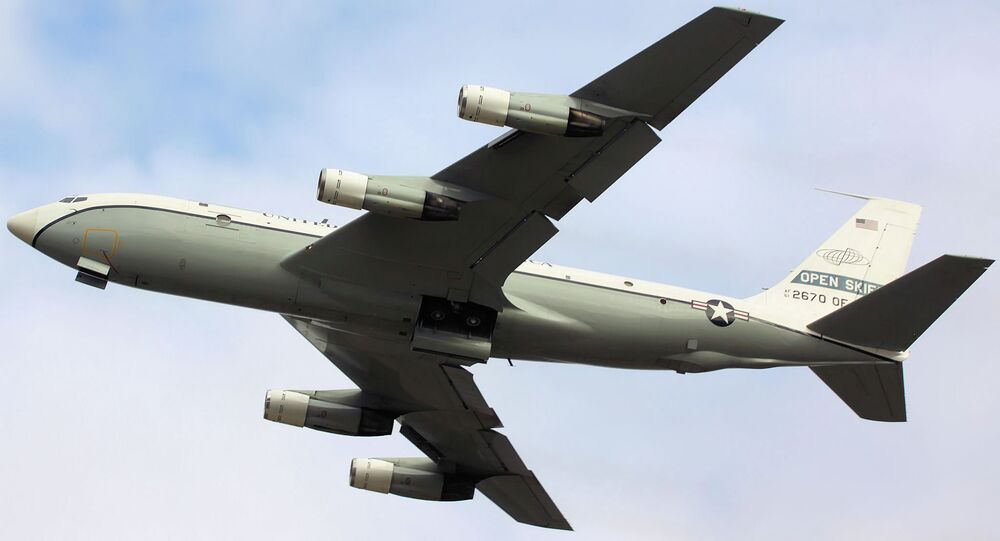 MOSCOW (Sputnik) - The United States filed an application for conducting 21 observation flights over Russia in 2020 out of the 38 stipulated by the Open Skies Treaty (OST), so the interest of the US military in maintaining the agreement is obvious, the head of Russian Defence Ministry's National Nuclear Risk Reduction Center, Sergei Ryzhkov, said.

Ryzhkov also said that by introducing advanced technologies into the Open Skies Treaty, Russia has become five to six years ahead of its partners, and it was against this background that the US intelligence agents began to accuse Moscow of violating the treaty in order to prevent Russian observation flights over its territory.

Earlier, the chairman of the US House of Representatives Committee on Foreign Affairs, Eliot Engel, said the United States considered to withdraw from the Open Skies Treaty.

"We are about five to six years ahead of our partners in the direction of introducing advanced technologies into the OST," Ryzhkov said.

Ryzhkov added that the US National Security Council and the intelligence community "began to seriously think about how to prevent Russian digital flights over its territory and developed a vigorous campaign to accuse Russia of violating military agreements."

"Every year, the website of the US State Department publishes analyzes of the implementation of international obligations in the field of arms control, which paid considerable attention to the 'unfair' implementation of the Open Skies Treaty by Russia," the official said.

The treaty on open skies was signed in 1992 and has become one of the confidence-building measures in Europe after the Cold War. It has been operating since 2002 and allows its participants to carry out aerial surveillance as part of a program of scheduled observation flights, with the aim of gathering information about military forces.

More than 30 countries are participating in the program created to boost the transparency of military activities.