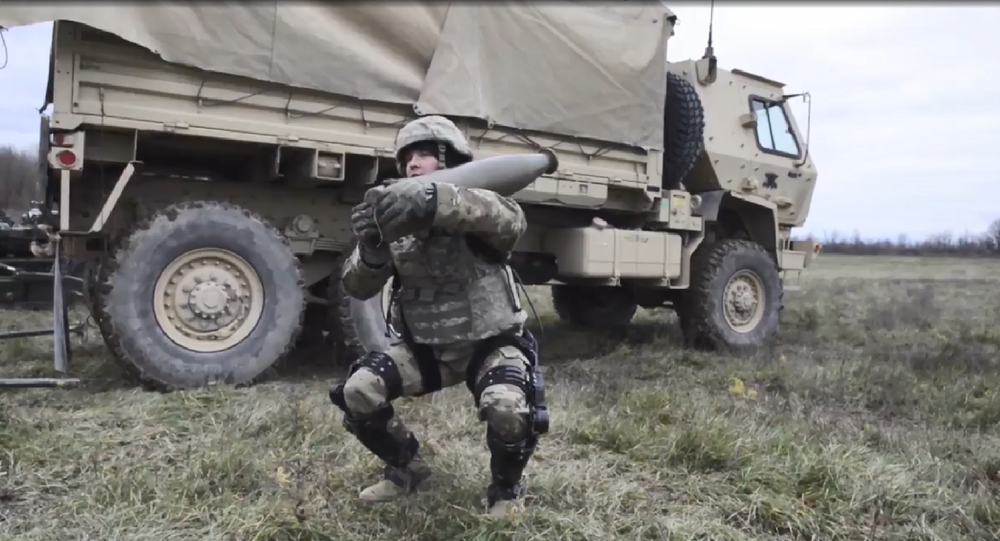 US defense contractor Lockheed Martin is testing a new exoskeleton that aims to make mountain climbing an effortless feat for US soldiers. The Pentagon hopes to have the system on the battlefield next year, following feedback from the testing soldiers.

The US Army is wrapping up field tests of its ONYX exoskeleton, which began in November 2018. The service will receive feedback from four groups of soldiers - artillerymen, infantry soldiers, combat engineers and combat medics - who tested the system in a variety of exercises, Military.com reported.

The ONYX system is a powered lower-body exoskeleton, a network of metal bars and pistons that augment the wearer’s muscles to make tasks easier - in this case, things you might use your legs for, like climbing or lifting objects.

A video from Lockheed Martin dated from October 11 shows soldiers climbing stairs and hillsides with a frame of braces on their legs, and even doing squats with an artillery shell over their shoulders.

"With those four groups of soldiers, we've demonstrated the system in a relevant environment doing operations in urban terrain, assaulting buildings and casualty evacuation," Keith Maxwell, project manager for Exoskeleton Technologies, told Military.com for a Tuesday article. The system, which incorporates machine learning, has eight hours of power and weighs roughly 6.5 kilograms.

"In urban environments, where you are going up and down buildings, the knee support is what powers you through that motion, lowering your metabolic cost, meaning there is less fatigue," Maxwell said. "It understands who I am and how I move, and it responds exactly to my body's movement."

"The long-term goal is to make it a garment. We don't want something that's 'fasten this, and tighten that,' and so on. Just pull it like a pair of pants, lock it up, set the adjustments and go," Maxwell said.

Exoskeletons have occupied military minds for a long time, but they’ve also received major interest on the civilian side, where they have the ability to greatly enhance the mobility of physically disabled people. Earlier this month, the French Clinatec research center in Grenoble posted videos showing a man paralyzed from the shoulders down controlling an exoskeleton using brain wave detection equipment, lifting his arms and walking around a test room.

The Future is Here: WATCH Insane African Exoskeleton Made in Ghana