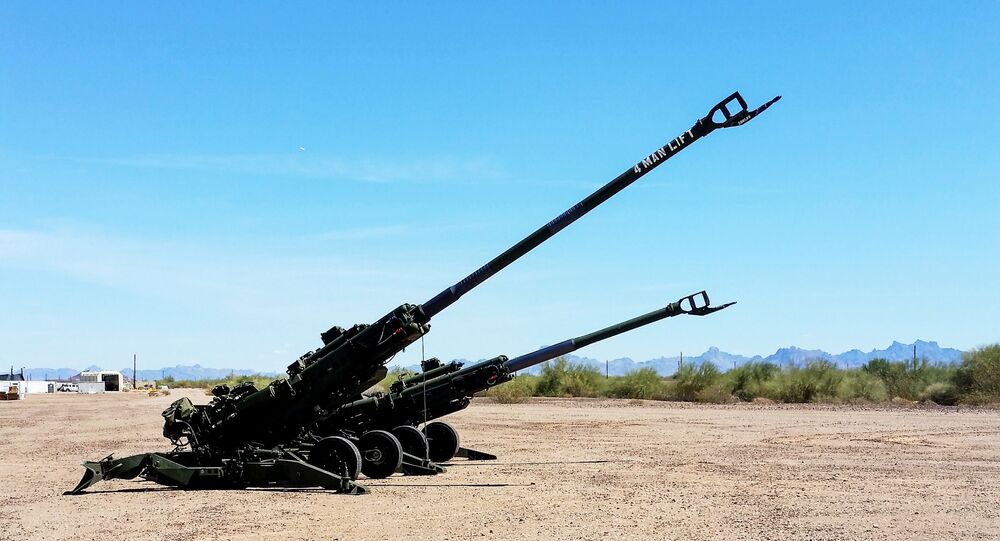 A US military official has confirmed that the Army will embark on efforts to construct a groundbreaking strategic, long-range cannon (SLRC) capable of firing projectiles some 1,000 nautical miles (1,150 miles or 1,850 kilometers).

The Army, along with the Center for Army Analysis and the Research and Analysis Center at White Sands Missile Range in New Mexico, is prepping the early stages of its latest long-range defense program, which is expected to deliver a cutting edge cannon, according to Col. John Rafferty, the director of the Army’s Long-Range Precision Fires Cross Functional Team.

Speaking with Defense News earlier this week, Rafferty explained that the SLRC prototype, which is slated for demonstration in 2023, will have to pass through “big technology gates” in order to reach a 1,000-nautical-mile range.

“We’re about to knock down one of those gates with a test at [Naval Support Facility] Dahlgren, [Virginia], here very soon,” he said, adding that the “early ballistic tests” are the first set of hurdles.

While the Army has previously relied heavily on support from the US Air Force, radar and air defense system developments in Russia and China specifically have forced the military branch to get creative in its approach to breaking enemy lines.

“That integrated system challenges even our most sophisticated aircraft and challenges our most sophisticated ships to gain access to the area,” Rafferty noted. “That layered enemy standoff at the strategic level was really the fundamental problem. One of the ways to solve that problem is to deliver surface-to-surface fires that can penetrate this [anti-access, area-denial] complex and disintegrate its network and create windows of opportunity for the joint force to exploit.”

Army Chief of Staff Gen. James McConville stressed to Defense News that while the Army is “trying to be innovative,” they have to be able to “demonstrate the [SLRC’s] capability at each phase along the way” and also present a cost-effective framework for its usage.

“If we are able to develop the [SLRC] system, the rounds may be only $400,000 or $500,000 compared to multimillion-dollar rounds. Cost does matter, and we are concerned about cost. There are some, definitely, physics challenges in doing these types of things, and that is the trade-off,” he said.

According to Rafferty, the SLRC prototype - if it passes - is expected to complement the US military’s hypersonic missiles in terms of penetrating enemy territory while also being a “more affordable” price point per shot.