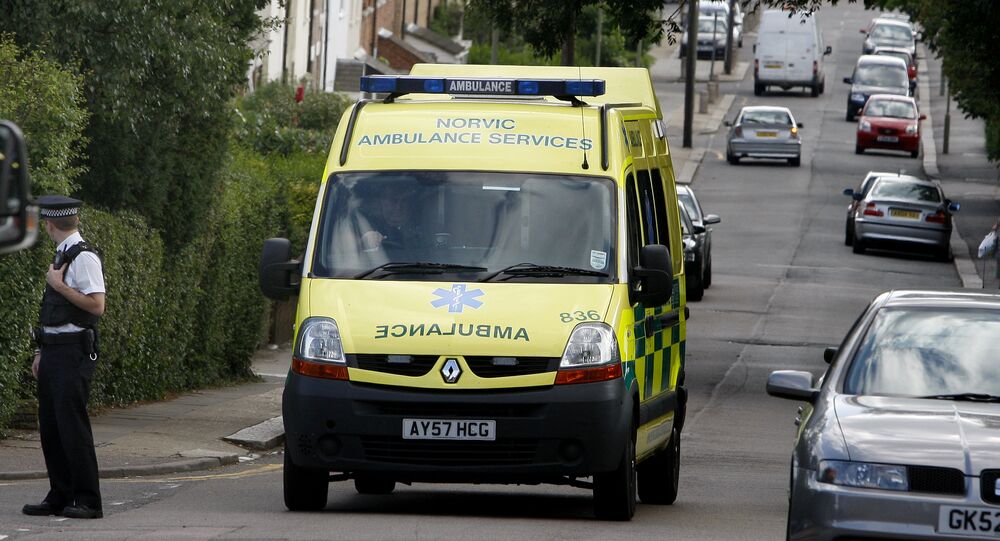 'This Guy Was Not a Diplomat': Grieving Parents of British Teenager Killed By NSA Spy Travel to US

Speaking to CBS News in New York, Charlotte Charles and Tim Dunn said they’d flown to the US to “speak to you guys to put our story out there, to let the American people know what is actually going on, to tell people about Harry and how we just want our justice for our son”.

The grieving parents of Harry Dunn, the British teenager killed through the reckless driving of Anne Sacoolas, wife of a US National Security Agency officer, have said the apology they received from her has arrived “seven weeks too late”.

Sacoolas fled the UK on a state-sponsored private jet in the wake of the death outside a RAF Croughton spying base in Northamptonshire, claiming diplomatic immunity by token of her husband’s employment.

In a statement released through her lawyer, she said she sent her “deepest sympathy” to Dunn's family, although they were unimpressed to say the least.

“Why has it taken so long? It’s seven weeks tomorrow since we lost our boy. We feel that statement should have come out from her right from the beginning instead of getting on a plane and running home. We realise she may not have been given any choice as such under this supposed diplomatic immunity cloak. We don’t believe she did – that’s being looked into,” she said.

Dunn’s father Tim went on to break down as he described his son's final moments after being hit by Sacoolas' Volvo SUV as she drove on the wrong side of the road.

“I just jumped in the car and went up there. The paramedics were putting him onto the stretcher…I could see broken bones out of his arms and stuff but he was talking. I spoke to him, called over to him and said, ‘they’re going to fix you, be calm, let them help you’…They sedated him and that’s the last time we spoke,” he said.

The family went on to say they’d only meet the US woman suspected of causing their son's death if she promises to return to Britain and see them “in a controlled environment”.

“We need counsellors and therapists around us. She needs to get on the plane, she needs to go back to the UK, just do the right thing. It shouldn’t be this difficult - she surely didn’t have to go. We've been very, very open right from the start with the UK police if she’d stayed in the UK, knowing she was a parent herself, we'd agreed as a family we would have done all we could to get death by dangerous driving reduced to death by careless driving and try and get her a suspended sentence so we didn’t take her away from her children - we were OK with that,” his mother said.

Thank you Alistair, though
a) next time you copy a story I break, an acknowledgement would be appreciated
b) you fail to mention NSA/GCHQ which is central. Why?https://t.co/zt4iBGVTwz https://t.co/kczTrEu3VK

​Foreign Secretary Dominic Raab has written to Dunn’s parents to say the government had “pressed strongly for a waiver of immunity, so justice can be done”, with the Foreign and Commonwealth Office confirming Anne Sacoolas doesn’t have diplomatic immunity. As a result, the Crown Prosecution Service may apply to the US to extradite her.

“We have looked at this very carefully... the UK Government's position is immunity, and therefore any question of waiver, is no longer relevant in Sacoolas' case, because she’s returned home,” Raab wrote.

However, before the letter was sent by the FCO, the family’s lawyer Mark Stephens revealed neither Sacoolas nor his wife were ever entitled to diplomatic immunity.

“There are approximately 20,000 official diplomats in this country - there's a definitive list of who is and who isn't. We know definitively this guy was not a diplomat and therefore was not entitled to diplomatic immunity. That means the Americans have made a false claim,” he said.

His comments highlight a peculiar aspect of the case - despite official statements and widespread reporting to the contrary, former UK Ambassador to Uzbekistan Craig Murray pointed out on his blog 8th October, Sacoolas “does not hold, and has never held, a diplomatic rank”, “has never been a member of staff of a diplomatic mission” and “does not have, and has never had, any entitlement to diplomatic immunity in international law”.

This is a stupid and desperate lie in the Sacoolas cover-up. An RAF base - even a legal fiction one - cannot be an annex to the US Embassy and it is not listed as such in the Diplomatic List or anywhere else. Where precisely is the documentary evidence that supports this claim? pic.twitter.com/TdfYbeD5YP

​Moreover, Murray suggested Sacoolas actual status as an NSA technical officer may offer some explanation for the apparently lackadaisical and obstructive approach of authorities to pursuing the case.

“[Sacoolas’] role is supporting the interception of communications from British citizens…The NSA and GCHQ share all intelligence reports, but each faces legal constraints on mass spying on its own citizens. So the NSA has staff here fronting the spying on British citizens, while GCHQ has staff in the US fronting the spying on US citizens, and the polite fiction is the results are transmitted back over the Atlantic to the US or UK respectively, before being ‘shared’ with the partner intelligence agency. The irony is if Sacoolas actually was a real diplomat, the US would very probably have waived the diplomatic immunity of his wife, as the issues around his presence and function would be much less sensitive,” he postulated.

Dunn’s parents are due to travel to Washington DC and meet senior figures in the US government to express their outrage at the handling of the case.

Since the accident, new road markings and a sign have appeared outside the spy base where the tragedy occurred, with arrows indicating the direction of travel painted on each side of the road and a yellow 'Please Drive on Left' sign placed on the roadside.

Russia to Respond Symmetrically Unless US Restores Diplomatic Immunity - Moscow

No Place To Hide: US Urged to Hand Over Diplomat’s Wife Linked to Fatal Road Accident in UK