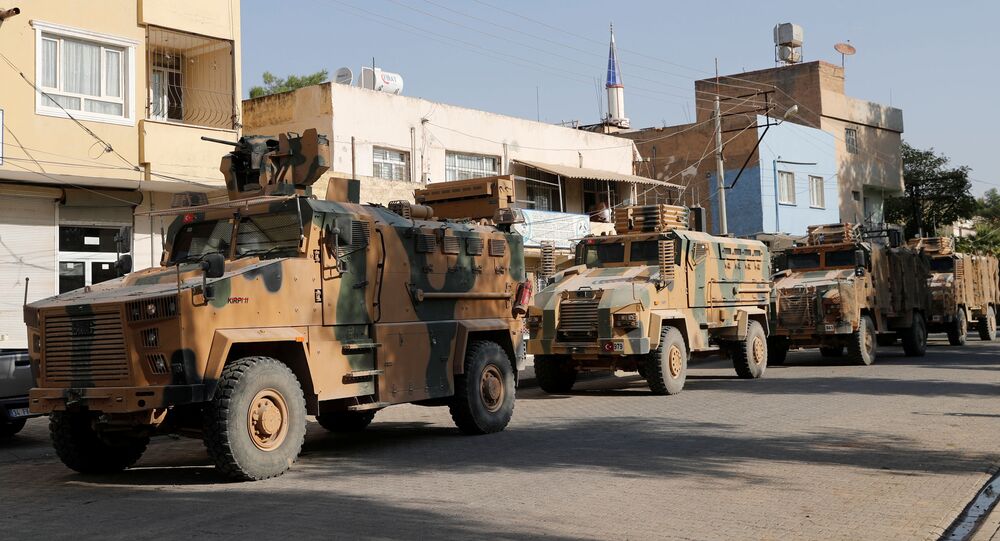 Oslo has followed Helsinki's lead in putting a halt to new military exports to Ankara following its military operation in Syria, which has left its NATO allies divided.

Norway will not process any new applications for export licenses for military and multi-use military products to Turkey and review the extant ones, the country's Foreign Ministry has stated.

“As the situation is unclear and rapidly changing, the Foreign Ministry, as a precautionary measure, will not process new applications for export licenses for military and multi-use military products to Turkey for the time being," Foreign Minister Ine Eriksen Søreide said, as quoted by the newspaper Dagbladet, adding that all valid licenses to Turkey will also be reviewed.

“We are following the situation with deep concern and are reiterating our clear call for Turkey to end its military operation and respect international law. The Foreign Ministry has also expressed this in a meeting with Turkey's ambassador to Norway today,” Søreide stressed.

The Labour Party's Anniken Huitfeldt, who chairs the parliament's Foreign Affairs Committee, argued that Norway should “give Turkey a clear message within the framework of NATO commitments”, calling for more clear criticism of Turkey's actions.

The Socialist Left leader Audun Lysbakken, who previously called Norway's response “embarrassingly passive”, called an arms embargo a “correct and important step”. According to him, even valid licenses should be terminated.

“In kroner and pennies this may be not much, but anyway it is important to prevent defence material from Norway from being used in war”, Lysbakken stressed.

According to Lysbakken, there are three disaster scenarios. First, a new war in Syria. Second, a new refugee crisis. Third, a re-emergence of the terrorist threat, as imprisoned jihadis may be released.

Reds leader Bjørnar Moxnes suggested that the government must cancel all arms deliveries, so that Norway doesn't contribute to Turkey's war machine and doesn't fuel what he called the ethnic cleansing of Kurds.

Finland became the first Scandinavian country to cancel military exports to Turkey, despite the fact that Ankara has in recent years grown to become one of Helsinki's most important defence partners, purchasing 13.2 percent of its defence exports.

Earlier this week, Turkey launched Operation Peace Spring in Kurdish-dominated northeastern Syria with the stated goal of clearing the border area of “terrorists” (this term is broadly applied by Ankara to Kurdish forces) and create a security zone. Earlier, Turkish President Recep Tayyip Erdogan pledged that Daesh* will not resurface in the area following the Turkish offensive.

#OperationPeaceSpring will neutralize terror threats against Turkey and lead to the establishment of a safe zone, facilitating the return of Syrian refugees to their homes.

We will preserve Syria’s territorial integrity and liberate local communities from terrorists.