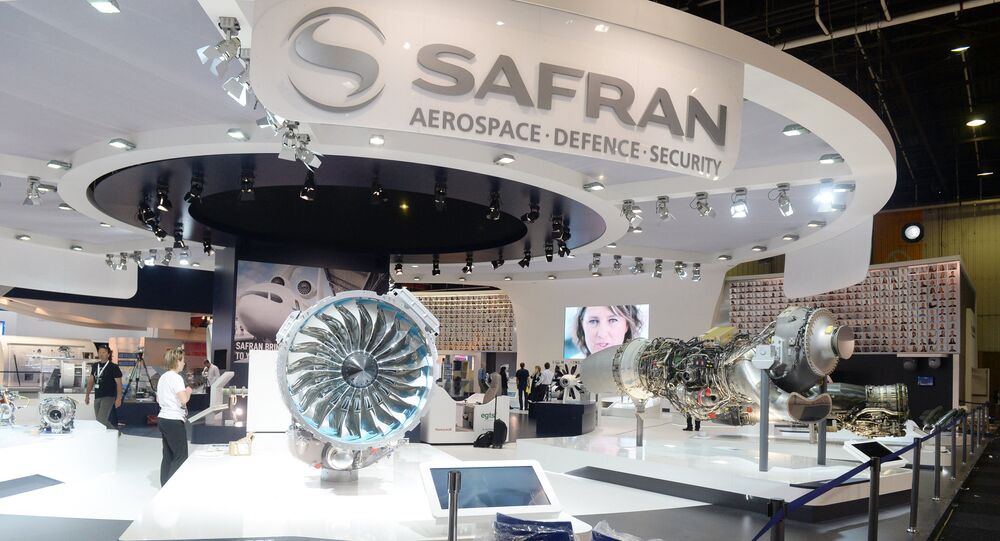 New Delhi (Sputnik): Safran makes the engines and electronics for the Rafale fighter jet but India has been making efforts to develop its own fighter jet engine for last two decades and is looking to build a home-grown aircraft.

The jet maker made the proposal days after Indian Air Force (IAF) backed out of a fifth generation fighter aircraft (FGFA) programme with Russia.

During a presentation before Indian Defence Minister Rajnath Singh, the company said it is ready to transfer its latest technologies for the AMCA programme.

The presentation also proposed to develop and produce engine totally under the “Made in India” initiative that would be customised to the aircraft's needs.

Defence Minister Rajnath Singh on a tour of the Safran manufacturing facility was given a presentation of military aero-engine design capabilities.

Visited the Engine Manufacturing Facility of Safran at Villaroche near Paris today.

Safran is known for its engine making capabilities. They have also developed the engine for Rafale. pic.twitter.com/pqaZ9NySJR

A similar kind of offer was proposed as part of $8.7 billion Rafale fighter jet deal, and Safran also makes the engines and electronics for the Rafale.

"No plans for importing a fifth generation jet. The AMCA project is being given go ahead. We have given full support to it. The program is taking off," the IAF chief said.

Last year, India conveyed to Russia its unwillingness to go ahead with the joint development of $30 billion FGFA program due to the high cost involved.

Under the Russian-Indian FGFA project, both sides had planned to invest $4 billion each at the developmen stage, while the total cost of constructing 127 fighter jets was estimated to amount to $25 billion.

India Yet to Decide on Buying French Jets, Signing FGFA Deal With Russia

Indian Aerospace Behemoth Reveals Why Indo-Russia FGFA is Most Feasible