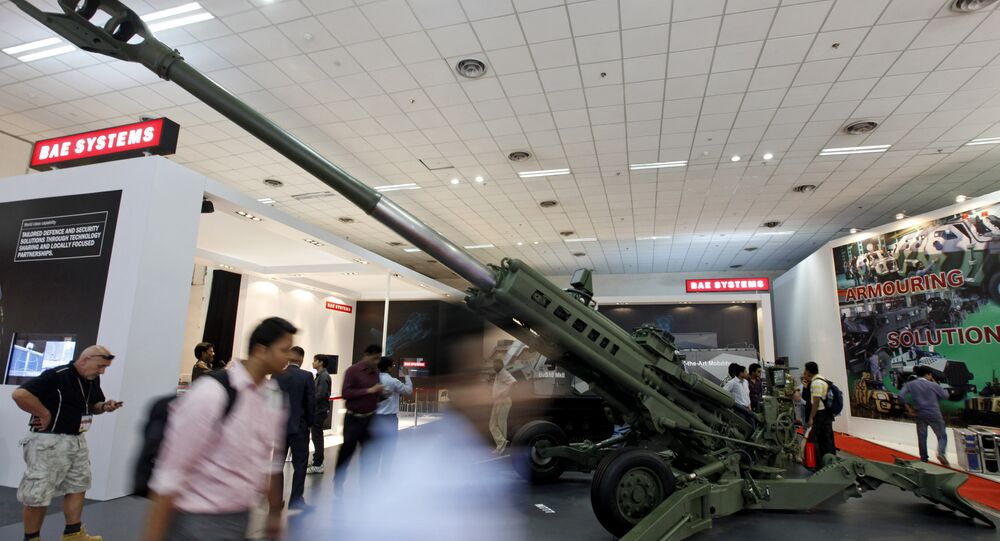 New Delhi (Sputnik): The M777 guns will be part of the Mountain Strike Corps – a 90,000 strong special force meant to guard the approximately 40,000-kilometre long border with China. The M-777s are the first set of new howitzers acquired in three decades; India had shelved all contracts for field guns after the Bofors scandal in the late 1980s.

In a bid to give its firepower in the eastern sector more precision and lethality, the Indian Army has moved its latest acquisition of light howitzers to near the China border.

These 155 mm guns are relatively light weight, allowing them to be slung under a helicopter and moved quickly in mountainous terrain. The effective range of this American-made gun varies from 24-40 kilometres, depending on the ammunition used, and can fire five rounds per minute for two minutes.

In September, Indian Army chief General Bipin Rawat confirmed that the Army would be deploying these weapon systems and Chinook heavy-lift helicopters in the eastern sector.

​India and the US started discussions on the purchase of 145 M777 in 2010 and after rigorous negotiations, the deal was finalised in November 2018. Under the contract, 25 guns are to be inducted into the Indian Army directly and the remaining 120 guns will be assembled by BAE Systems – a British multinational defence equipment manufacturer, in partnership with the Mahindra Group of India. All the M777s under the contract will be delivered to the Army by 2021.

The Chinook chopper and the M777 howitzer are considered to be a deadly combination and the Army expects it to be a game-changer for forces deployed along the eastern border.

New Delhi ordered 15 choppers from the US for $1.18 billion in 2015, while six of them have already been delivered.