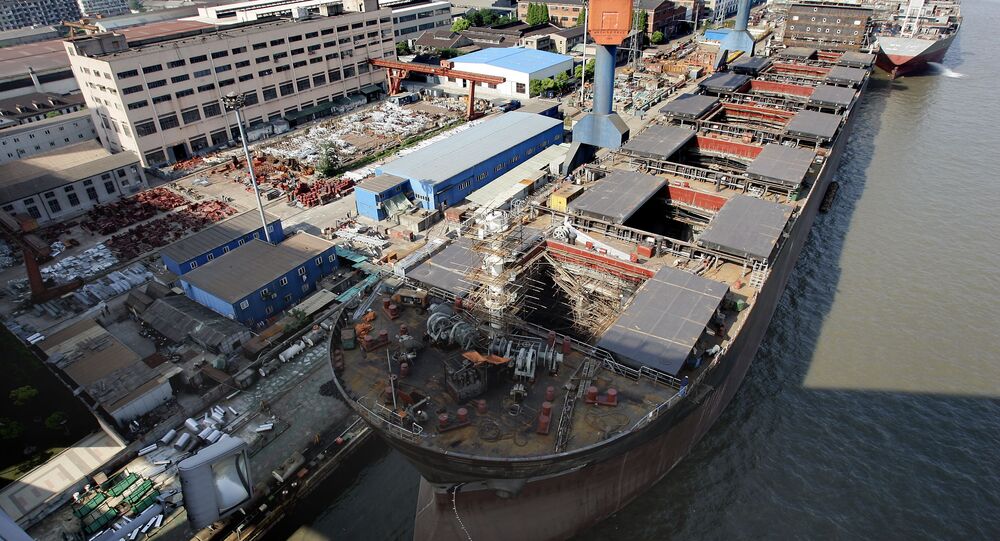 A Norwegian defense company has drawn up plans for a new breed of ship that can be easily modified to fit a variety of roles both military and civilian. At half the price of warships, its designers predict it will “rock the market.”

Need to haul cargo on Monday and patrol for enemy subs on Tuesday? Don’t worry, Norwegian defense firms Kongsberg and Salt Ship Design have teamed up to produce an open architecture boat that can do both and more: the Vanguard.

Kongsberg aims to fill holes in nations’ budgets created by increasingly expensive warships, Defense News reported. Vanguard will be able to be built in civilian shipyards in less than two years and makes extensive use of commercial systems and multi-role modules, such as a hangar that can accommodate air, surface or subsurface assets, according to Kongsberg’s website.

The ship is expected to be marketed to nations with emerging navies or with limited shoreline patrol needs that don’t want to break the bank, Asia Times noted.

“The Vanguard by KONGSBERG represents a game changer in naval operations. Combining our experience from the maritime, offshore and naval sectors, this innovative concept provides an adaptable and affordable solution to meet the operational needs of coastal nations”, Eirik Lie, president of Kongsberg Defence & Aerospace AS, said in a September 26 release.

The company’s site also notes that the ship makes extensive use of unmanned technology, lowering the necessary crew to between 16 and 20 people.

“We have tested it in the market with very positive reactions,” Frank Tveiten, Kongsberg’s vice president of naval integrated defense systems, told Defense News. “The baseline warship fitted with Kongsberg systems and sensors is substantially cheaper than other warships. It’s going to rock the market a little bit.”

None of the materials released thus far have included a price, but by way of comparison, the Russian Navy’s Steregushchiy-class corvettes have set the Admiralty back by roughly $120-150 million each. The comparably-sized US Navy research vessel Thomas G. Thompson cost Washington roughly $60 million.