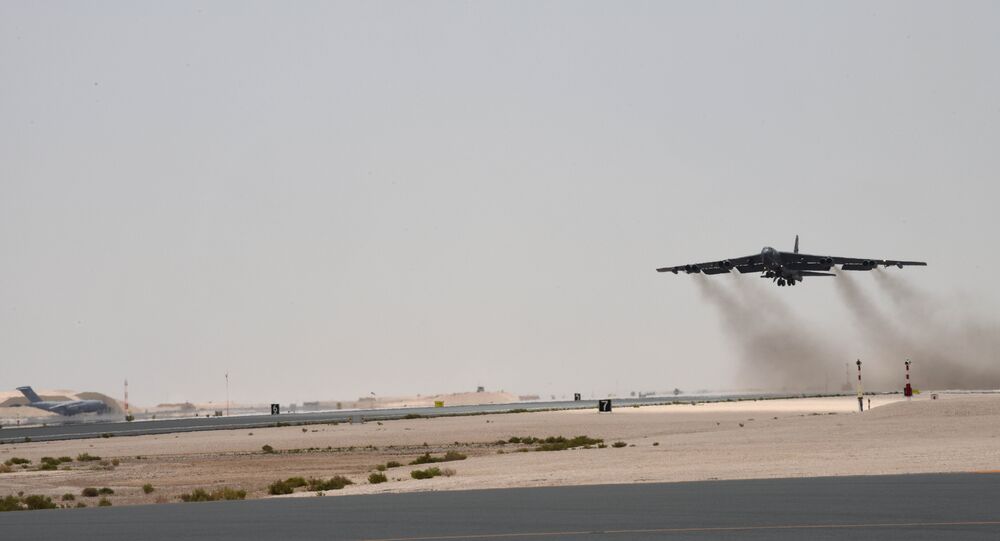 Last week, Tehran reiterated its demand that Western powers withdraw their military assets from the Gulf region, claiming the US and UK military presence in and around the Persian Gulf was one of the reasons why neighbouring states, including Iran and Saudi Arabia, cannot get along.

The United States Air Force Combined Air and Space Operations Center at the Al Udeid Air Base in Qatar was shut down for a period of about 24 hours over the weekend, the Washington Post has reported.

The quiet process, which saw regional operations command shifted from Al Udeid to the Shaw Air Force Base in South Carolina, over 11,500 km (7,150 miles) away, was the first time in over a decade that the US has moved the command and control center out of the region.

Maj. Gen. Chance Saltzman, deputy commander of the US Air Forces Central Command, commented on the shift, saying that “the functions that the CAOC provides for air power are so critical and so essential that we can’t afford to have a single point of failure.”

Saturday’s operation was the first time in 13 years that the key US base in Qatar was not the focal point commanding the hundreds of US drones, fighter jets, bombers and other aircraft regularly operating under US Central Command (USCENTCOM), a military command stretching from Egypt, Sudan and Kenya to the west and Afghanistan and Pakistan to the east, and which includes Iran, Iraq, and Saudi Arabia.

Col. Frederick Coleman, commander of the Al Udeid Air Base-based 609th Air and Space Operations Center, seemed to confirm that the exercise was based on a hypothetical Iranian attack against the US presence in Qatar.

“Iran has indicated multiple times through multiple sources their intent to attack US forces,” Coleman said. “Frankly, as the war against ISIS [Daesh]* winds down and as we continue to work through a potential peace process in Afghanistan, the region is calming down and potentially more stable that it has been in decades, except for Iran,” he added.

Iranian officials have repeatedly warned that US bases and warships, including the base at al-Udeid, were in range of Tehran’s arsenal of homegrown missiles and drones, and would be subject to attack in the event of US aggression.  Iran’s warnings have already prompted US military assets to take evasive manoeuvres to avoid potential provocations, including keeping the US carrier strike group sent to the region in May out of the Hormuz Strait.

The Al-Udeid Air Base is one of the largest US military bases in the world, and the biggest in the Middle East. According to a recent estimate, some 11,000 US military personnel are stationed at the sprawling facility, along with fleets of drones, fighters, bombers, and Air Force refuelling tankers.

Tensions between Iran and the United States have been on the upswing since May, when the US announced that it would be beefing up its military presence in the Middle East amid an unspecified ‘threat’ against US interests in the region. Since then, the Gulf region has faced a string of tanker attacks, ship seizures and drone shootdowns, with the US and Iran blaming each other for the escalations.

Tensions were ratcheted up again earlier this month, following a drone swarm attack on two major Saudi oil facilities, which temporarily cut Saudi Arabia’s oil output in half. Although Yemen’s Houthi militia movement has claimed responsibility for the strikes, and threatened more attacks unless Saudi Arabia and its Gulf allies ended its four year war against Yemen, Washington and Riyadh have blamed Iran. Tehran has vocally denied having played any role.