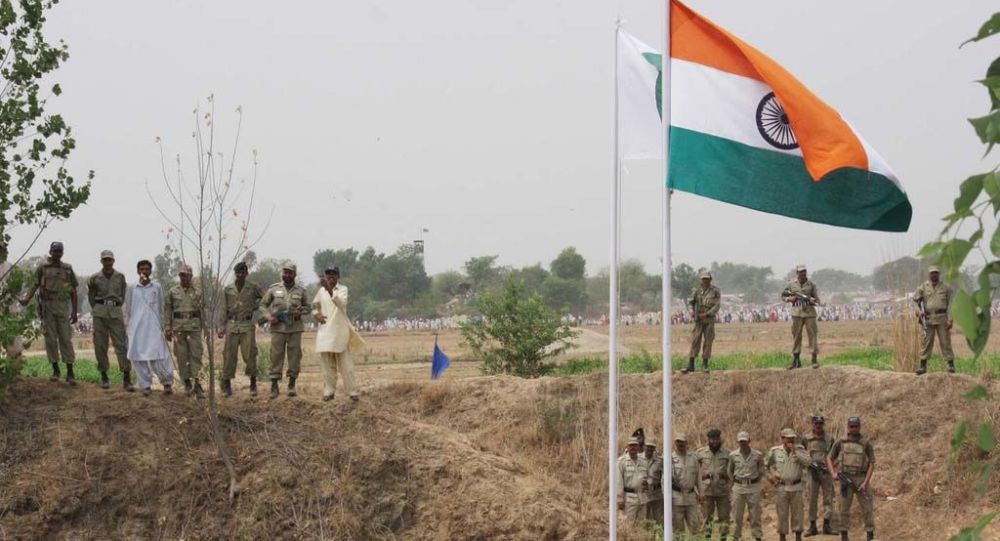 New Delhi (Sputnik) The Indian Army on Sunday blamed Pakistan for violating the ceasefire along the Line of Control (LoC) in the Mendhar and Balakot sectors. Six people including a 12 year-old boy were injured in the shooting.

Pakistan summoned India's top diplomat in Islamabad on Monday morning after the two countries exchanged heavy fire across the border on Sunday. Pakistan claimed that Indian troops have targeted civilians and resorted to unprovoked firing at the LoC - the de facto border between the two nuclear armed nations.

“The ceasefire violations by India are a threat to regional peace and security and may lead to a strategic miscalculation,” the Pakistan foreign ministry warned while urging India to “instruct its forces to respect the ceasefire, in letter and spirit and maintain peace on the LoC and the Working Boundary.”

Earlier on Sunday, the Indian Army claimed that Pakistan Army breached the ceasefire along the Line of Control (LoC) in the Mendhar and Balakot sectors of the Mendhar subdivision in Poonch district. Six people including a 12 year-old boy were injured in the firing, an official said.

The two nuclear-armed nations have been engaged in several skirmishes along the boundary recently, with both Pakistan and India blaming each other for ceasefire violations.

The Kashmir issue dates back to 1947 when both countries became independent from Britain with both claiming Kashmir as their own.