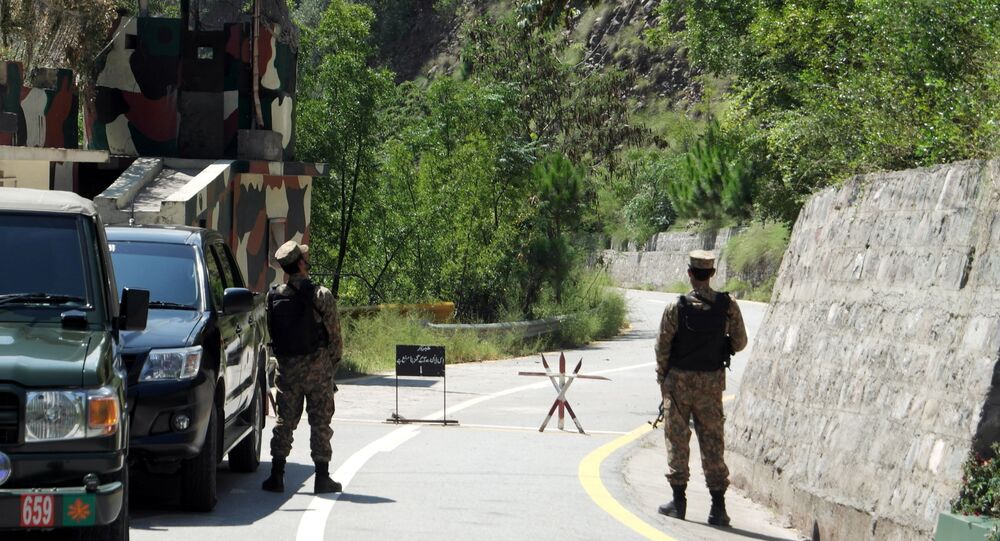 New Delhi (Sputnik) Indian Army chief General Bipin Rawat has sent out a stern warning to Pakistan on the issue of terrorism and said that India's armed forces will not give a second thought to crossing the border, if needed, to destroy terror infrastructure inside Pakistan.

However, General Rawat added that Line of Control- a de facto border between the two nuclear-armed nations- will remain sacrosanct as long as Pakistan does not vitiate the atmosphere.

“It is no longer going to be hide and seek..If we have to go across, we will, through the air or the ground route or both. The red line has been very clearly drawn as to what will be the future course of action,” General Rawat said in an interview with The Times of India on Monday.

Rawat also dismissed Pakistan Prime Minister Imran Khan’s warning about a nuclear war between the two countries over the ongoing issue of Kashmir. Rawat said nuclear weapons were not used to fight war, and said Khan’s statements depicted an “inappropriate understanding of employment of strategic weapons”.

Rawat said that Pakistan has been supporting terrorism in Jammu and Kashmir. He added that fighting a proxy war with India is the state policy of Pakistan. Last week, General Rawat revealed that Pakistan has re-activated the terror camps in Balakot inside Pakistan. The camp allegedly operated by Jaish-e-Mohammed was destroyed by the Indian Air Force in an aerial strike on 26 February this year.

Indian Air Force Chief Air Marshal RKS Bhadauria also reiterated, on Monday, that the force was prepared then (for the Balakot strike), and it will be prepared next time. "We will be ready to face any challenge, any threat."

Nevertheless, Imran Khan, in a surprising remark at United Nations General Assembly in New York last week, invited UN observers to visit the progress made on the terrorism front in Pakistan.

“We decided that we would dismantle what was left of these (jihadist) groups...I know that India keeps accusing us (by saying that) there are these groups there. I would like the UN to send observers (and) see for themselves what we have done," Khan said.

“No Pakistani government would have dared to do this because it would have created strife," he said. “But we decided that there would be no militant organisation in Pakistan."

The relations between the two countries dipped to a low point in February this year, when at least 40 Indian soldiers were killed in a suicide attack by Jaish-e-Mohammed. India had blamed Pakistan for the attack which was categorically denied by Islamabad.

Kashmir has been a bone of contention between India and Pakistan ever since they gained freedom from the British colonial rule in 1947. Both control part of Kashmir but claim it in full. They have also fought three wars since then, including two over Kashmir.