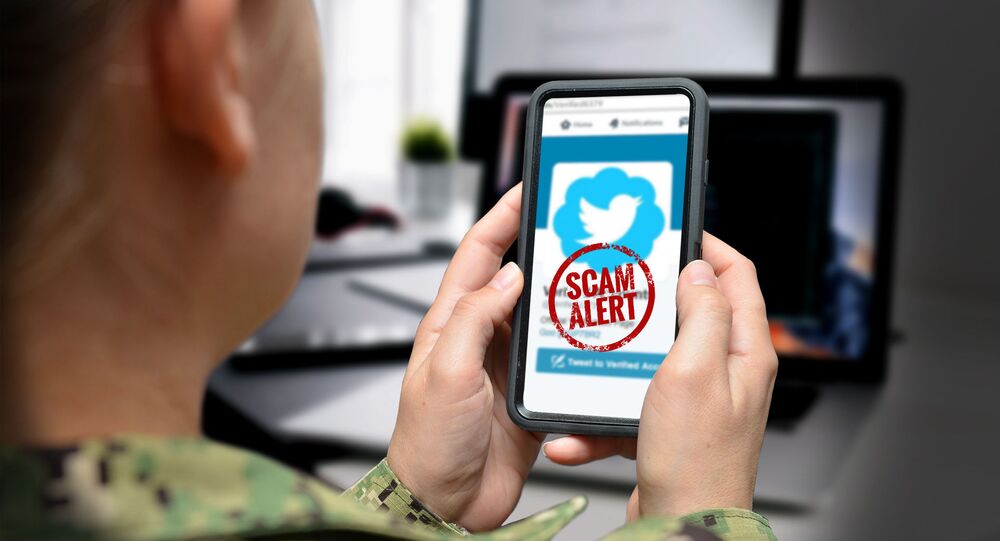 The notice issued to US Army service members last week by United States Army Cyber Command asserted to service members that Russian, Chinese and Saudi accounts are hijacking the identities of US military officials and using their likenesses and personal details for both “offensive” and “defensive” methods of disruption on social media.

Darren Linvill, a communications professor at Clemson University, who is said to have sifted through “millions” of disinformation tweets, said that Twitter is the primary platform used by these so-called foreign agents.

Furthermore, the academic alleges that while these impersonators outside of the US usually take the “defensive” route and react to negative news, Russians choose the aggressive play of issuing “offensive” tweets.

"They have decided it's in their best interest to mess with us, pushing the political conversations in this country to polarizing different directions," Linvill said. "It's fundamentally an offensive operation."

The professor noted that while the analyzed Russian-run accounts have yet to “attack” US soldiers online, there have been “offensive” tweets carried out against members of Ukraine’s military.

At the top of the year, the US Army formed the Intelligence, Information, Cyber Electronic Warfare and Space (I2CEWS) unit within its Multi-Domain Task Force to assist in combating these reported impersonations and disinformation campaigns, as well as cyberattacks.

Col. Gittipong Paruchabutr, director of information operations with the Army’s Special Operations Command, claimed the Army has also taken steps to train soldiers on “identity management,” though it is unclear from the release exactly what that entails.

"It's about awareness that these activities are happening at the soldier level and, more importantly, how it affects the soldier's families," Paruchabutr said in the release, advising soldiers to steer clear of polarizing tweets.

"We have to be cognizant that, even if it's not attacking soldier X or unit Y, these accounts, these online activities are targeting general Americans, and it further polarizes our divisions."

General Stephen Townsend, the recently-appointed head of US Africa Command (AFRICOM), is one service member who has had his identity stolen and used for a number of online and social media-based scams since 2014, according to Popular Mechanics.

***IMPOSTER ALERT*** Gen Stephen J. Townsend, TRADOC CG, is NOT on Facebook, Twitter, Skype, Instagram, Google Hang Out, dating sites, chat rooms, etc. Below are examples of impostor accounts, these impostors attempt to harass & scam individuals. If you find one, report them! pic.twitter.com/PsPsAtfSVW

US Army General Paul E. Funk II also continues to be a favorite amongst those attempting to dupe netizens for a variety of reasons.

**IMPOSTER ALERT** Gen. Paul E. Funk II, commanding general, TRADOC, is not on Facebook or Instagram. His official Twitter is @PaulFunk2. You will only find him on official U.S. Army or TRADOC social media. Please report any impostors to the appropriate social media platform pic.twitter.com/qtpFpnLsXC

While Twitter is the go-to platform at the moment, accounts impersonating US military service members have been found on apps ranging from Words With Friends to Tinder.

Early last month, the US Army issued yet another advisory warning soldiers of romance scammers that used information and pictures of real service members to trick generous individuals into wiring money overseas. According to the Army Criminal Investigation Command, “many of the victims have lost tens of thousands of dollars and likely won't get that money back."